Thomas Roberts Shirtless Photos – With Husband Patrick Abner. Want more shirtless media hunks like the one we did on Rob Marciano? Well let’s check out the gorgeous hottie that is Thomas Roberts, the 40-year-old anchor on the liberal channel, MSNBC. 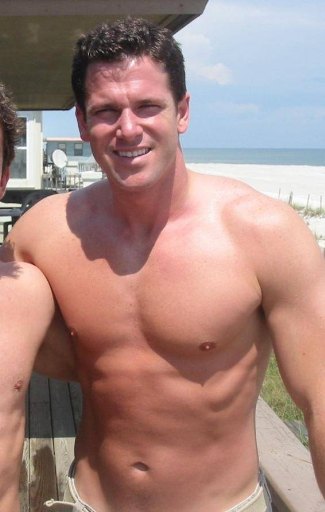 But wait, there’s more! We’re also including shirtless photos of his husband, Patrick Abner! According to the New York Times, Patrick is working with medicine giant Merck where he is the community liaison in its H.I.V./AIDS division. 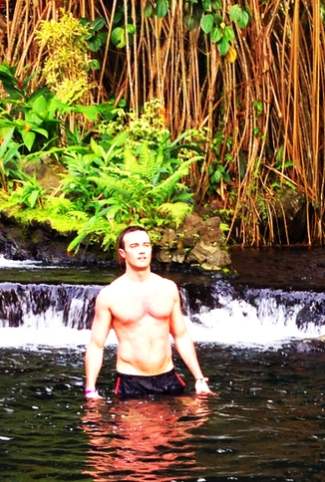 How cute are these two together? It’s like they’re made for each other, no? 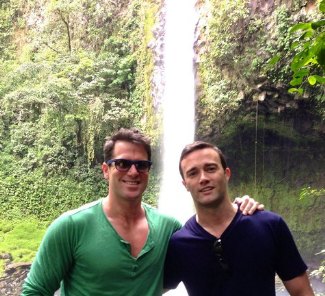 The two got married last year and were featured by the New York Times. From the NYT: “When gay marriage was made legal in New York in June 2011, Mr. Abner and Mr. Roberts plunged into wedding planning. ‘We’re so lucky that we get to do this’, Mr. Roberts said. ‘It blows my mind.’ Mr. Abner added, ‘It was a no-brainer,’ although he said that he has trouble using ‘husband’ to describe Mr. Roberts. ‘When you say ‘husband’ you think of wife. When I think of Thomas, I think ‘spouse.’ I like that term better.'”

The NYT report adds: “They were married on Sept. 29, as their parents, Michelle Roberts and Albert Roberts of Baltimore, and Patricia Ann Abner and Dale Abner of West Elkton, Ohio, joined other family and friends around the pool on the rooftop of the Gansevoort Park Avenue.”

Gavin Newsom, the lieutenant governor of California, officiated after becoming a Universal Life minister for the event. Both grooms wore navy Ted Baker suits, each of their mothers read poetry, and the music afterward was almost loud enough to rival Twilo in its heyday.

Here’s a pic of the gay couple getting hitched with Gavin Newsom officiating. 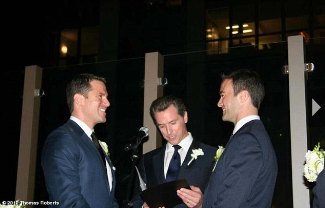 Husband and husband during a vacation in Costa Rica. 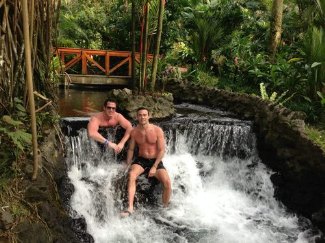 Let’s end this post with this pic of Thomas wearing nothing but a pair of short shorts. Looks like he’s sunbathing in his yard, no? 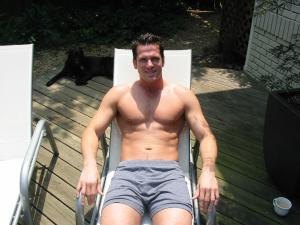