Jamie Redknapp Shirtless. Today in men in shorts, we bring you former football star Jamie Redknapp who looks cool in his shorty shorty beach shorts. The footballer, who is now a sports pundit for SkySports, sure is rocking the shirtless look, no? 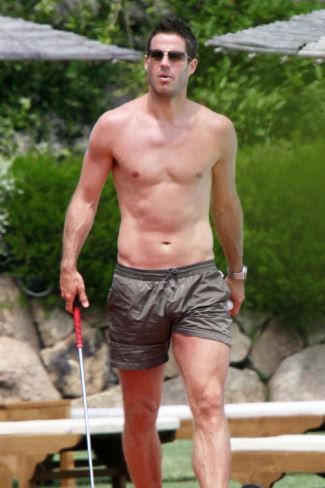 Here’s Jamie as a celebrity spokesmodel for Marks & Spencer from back in 2010. 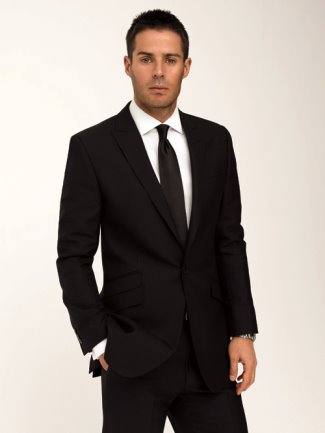 We don’t know if he is still the face of the retail giant but their initial partership reportedly boosted sales for M&S according to this Daily Star Report:

The ex-England star became the face of M&S menswear earlier this month. And he’s also been plugging 40in Sony Bravia TVs ahead of the World Cup, which have been “flying off the shelves”.

A spokesman for the store confirmed the massive sales boost. Among best sellers have been striped Blue Harbour polo shirts worn by Jamie.

Ads for the trendy garment – shot in South Africa – launched on May 8 and M&S said: “We’re obviously delighted.” Earlier this year the ex-Spurs star was credited with helping Thomas Cook achieve a 15% rise in summer holiday bookings.

The 36-year-old and former pop star wife Louise, 35, appeared in TV ads showing them horse riding on a beach, lounging by the pool and dining out at a sun-drenched resort.

Redknapp said: “I was thrilled when M&S asked me to be their new face of menswear. It’s such an iconic brand and one I’ve always held close to my heart. I always like to dress sharply.”

We have no more Jamie Redknapp shirtless pic but here’s an underwear pic for those of you wondering what kind of undies the ex-football star wears. He likes him his boxer briefs: 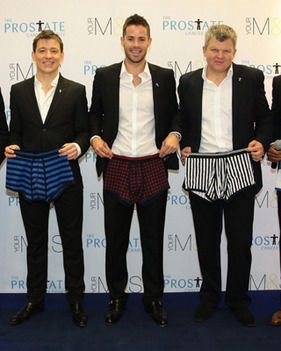 Jamie with Ben Shepherd and Adrian Chiles. Apparently, they are doing this for a Marks & Spencer project to raise funds for a Prostate Cancer charity. 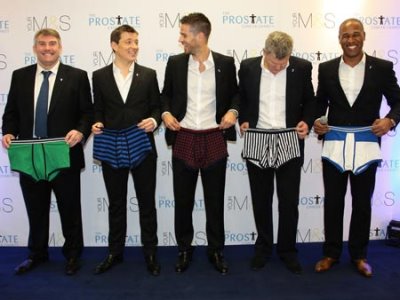 Is Jamie Redknapp Gay or Straight? He is straight. And very much married to pop singer Louise Redknapp. The couple have two children, Charley and Beau.

But here’s a gayish photo of Jamie sharing a mudbath with other British celebrities, cricket star Freddie Flintoff and actor/comedian Jack Whitehall. 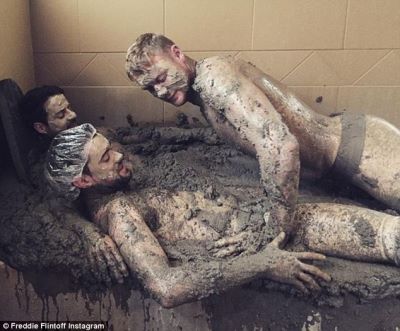