Maybe our speculation that they are the subjects of this blind item is correct, eh? We’d rather that Simon shack up with Billy Kemp though.

Holding hands, are we? Are these two gonna ride off into the sunset with the sea-wind behind their backs?

Not surprisingly, all this speculation on whether Simon and Ryan are boinking each other behind the American Idol curtain has given rise to delicious fan-generated “materials” like this Idols Gone Wild cartoon featuring a Sexy Simon and a Racy Ryan. It’s so funny but we can’t help but wonder about what the gorgeous Mezhgan Hussainy will say about this. 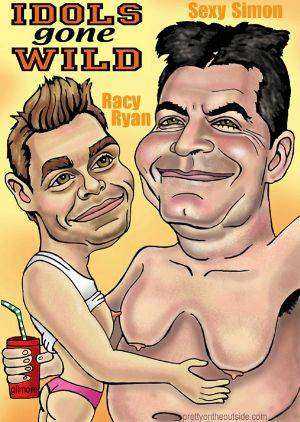 Oh, don’t you just love Ryan’s pink underwear? Simon looks like a giant who’s about to eat his baby love.

The love between Ryan and Simon knows no boundaries. Simon whispers his love to Ryan while they’re lounging at the poolside. “I love you Ryan,” he says softly. And his barely audible voice was carried by the wind which went on to tickle his lover sitting near him who remembered.

Ryan remembered the time when he and the British judge were doing the nasty. Okay, okay, we’re not about to go on describing those nasty things. But here’s a picture which, we hope, will give you a pretty clear idea about what we are trying to say. 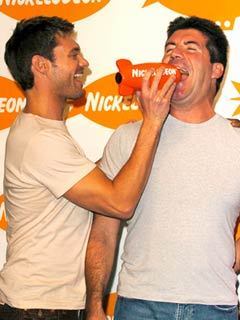 Ryan sez: “If you can take this, you can easily take mine.” Simon “took” it without any problem for in judging talent as in “taking talent” he is the master.

And the two went on to live happily ever after even though, sometimes, Simon wants to strangle the obsessive-compulsive Ryan in his sleep. 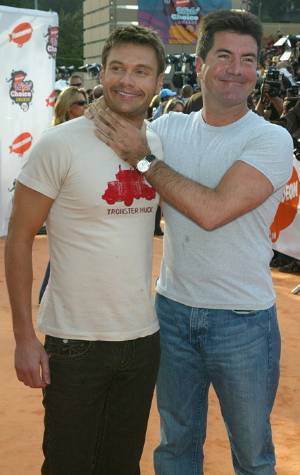 It helps that Paula is always there to help settle matters between them. And, more importantly, to provide a cover for them. 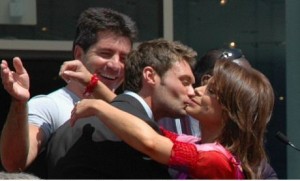 Okay, this post doesn’t make any sense at all. But we were not really planning to write a gay love story involving these two.