Hot Thai Male Models. Want more variety in your male underwear models? Of course you do! So we’re bringing you this hunky Asian dude posing in his skimpy underwear. He is quite hot, eh? We love the abs :-) Too bad we don’t have a name for the handsome guy. If you happen to know who he is, please identify him in the comments. 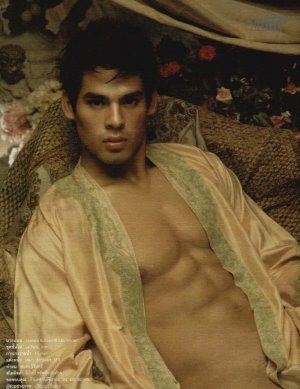 Update: Turns out that the guy above is not one of our hot Thai male models because he is not from Thailand. Instead, he is from Brazil and is part Japanese and part Portuguese. So he is a Brapanese model rather than a Thai model. His name is Leandro Okabe de Oliveira Bulhões (or Leandro Okabe for short).

Ahh, hot Thai male models. We got to give them props for doing anything to sell fashionable clothes. However, try as we might, we can’t figure out what Mawin Taweephol is supposed to be modeling in the last picture. We know he’s modeling a tie and a dress shirt in the first pic. The second one also speaks for itself (he’s modeling men’s shorts, hello!).

But then the last one leaves as baffled. It’s as if he’s teaching people how to self-s. It’s a strange photoshoot, is all we’re saying.

Anyhoo, whatever it is he’s trying to do, we’re sure you’ll agree that Mawin is hot. But is he hotter than Benz Nipit Hange or our favorite Thai Male Underwear Model Nicky Sura Teerakol?

So, of course, Mawin gets lots of points from us for his ability to bend! 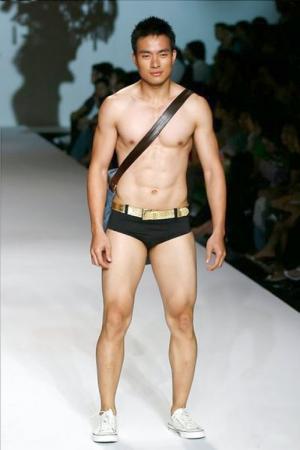 Let’s add Earth Anuwat to our list of hot Thai male models who rock his briefs underwear. Who do you pick between Nicky Sura Teerakol and Earth Anuwat? Earth is hawt but Nicky Sura has stolen our hearts.

So are you asking us to bite your apple, Earth? Now what are those things sticking up your waistband? We’re very much intrigued. 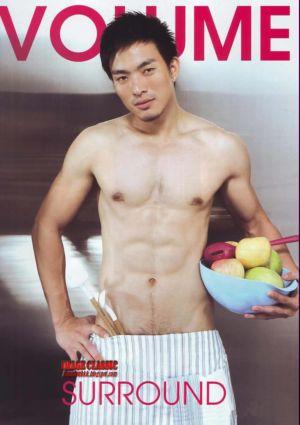 What if we’d rather play with your big round ball? 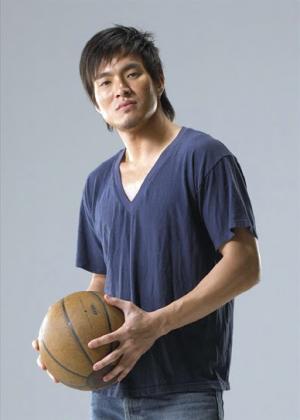 If you want more Thai hunks, go check out our posts on Thai Male Models.