Scott Wolf Shirtless, Underwear, Young, Zaddy Photos. Time to update this post we wrote seven years ago with this shirtless photo of Scott which he shared to his Instagram followers in June 2018 (follow him @iamscottwolf).

Here’s the message he posted with the photo: “If posting a shirtless selfie at 50 years old is wrong…I don’t want to be right. #thisis50 #youbetyourassidid.” He’s 50? Damn. He is every inch a zaddy and is proof that 50 is the new 40, actually he looks like in his 30s in the pic, doesn’t he? 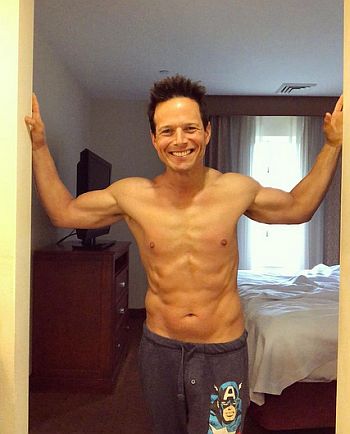 Of course, because we know you are thirsty for more Scottie, we went digging for more gorgeous photos of the guy and we got this from the 1996 movie White Squall where he’s grimy and stuff but is still looking positively hawt. 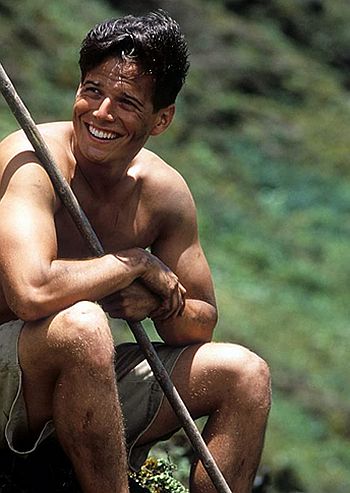 A more “recent” screencap from the TV series The Night Shift 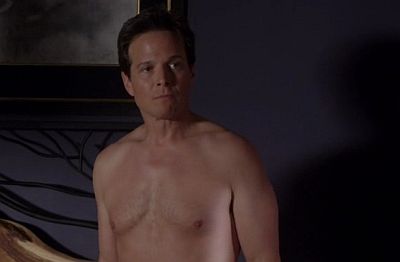 Here’s Scott with a towel wraparound from an episode of the short-lived TV show V. 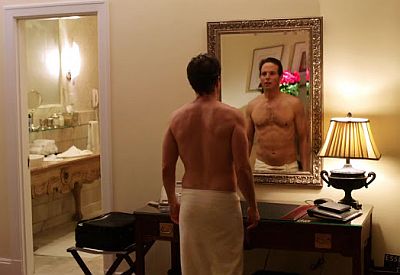 And here are more underwear photos of Scott from the 1996 movie The Evening Star where he expresses his ambition to be an underwear model. 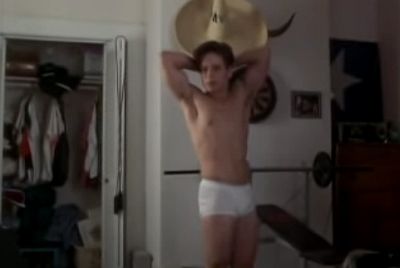 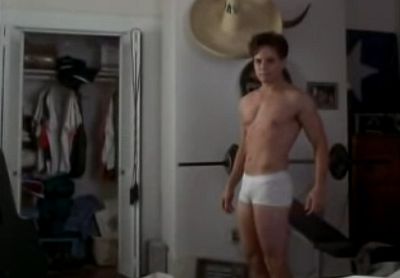 A much younger Scott from the 1990s show Party of Five. 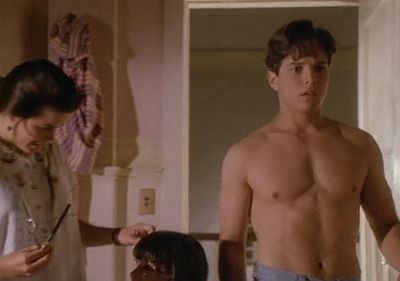 For those of you wondering, Scott is married to wife Kelley Wolf from the Real World New Orleans. They tied the knot back in 2004 and here’s a photo from their wedding which we grabbed from the actor’s Instagram page. The couple are proud parents of three children. 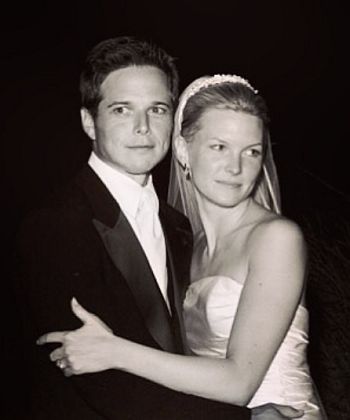 …..
Scott Wolf Shirtless Photos: Michael J Fox Lookalike (posted 30 June 2013). We were channel surfing when we came across an interview on The Talk with a guy who we thought was Michael J. Fox so we’re like, “Wow. We’re so happy Michael J. Fox is doing well. He seems to have found not only The Cure but something like an elixir of youth because he looks much younger now, like a man in his 30s.”

But then we were confused when the ladies of the Talk kept referring to him as Scott this and Scott that. Since we caught only the latter part of the interview and didn’t see when the guy was introduced we went, “Who the eff is this Scott guy who stole Michael J. Fox’s face?” Turns out that the guy is Scott Wolf. Turns out too that he’s been in the biz since the 1990s and got his big break in the critically acclaimed TV show, Party of Five. 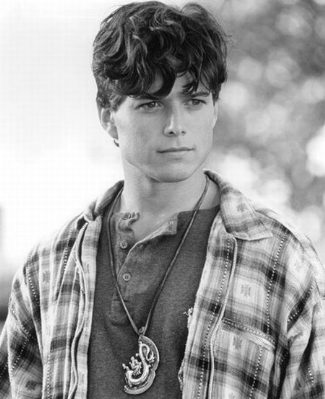 There’s no indication that the two are related; if they are their IMDB and wiki profiles would have mentioned it. But, who knows, if one of them do Lisa Kudrow’s ancestry show, “Who Do You Think You Are?” maybe we will discover a link between them 50-100 years ago. But come to think of it, aren’t wolves and foxes kinda related?

Here are side by side photos of Scott and Michael J. Can you tell who is who? 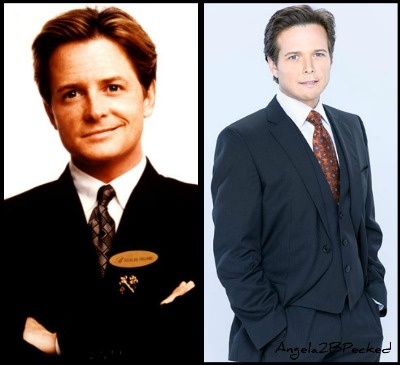 Above image combo is from hollywoodtwins.com while the one below is from totallylookslike.com. 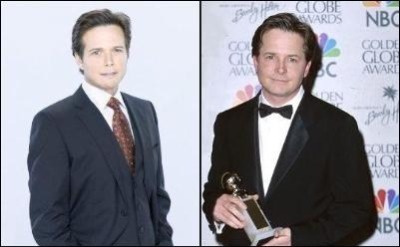 Scott Wolf Shirtless & Underwear Photos. Want some shirtless and underwear photos of Scott? Here are pics from the 1996 comedy drama, The Evening Star. 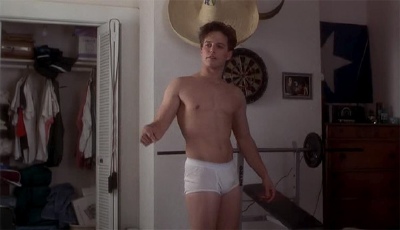 Huh! What is Scott doing in those pictures? It’s like he is auditioning as an ANTM male model? Nah, he is just trying to prove to his gal, played by Juliette Lewis, that he can be be like those glamorous male models you see in women’s magazines. We can’t say he’s not successful in his attempt because look at the pic below.

McKayla is impressed!!! Anyhoo, we almost forgot to mention that the reason Scott was on The Talk was to promote the TV crime drama, Perception, where he is one of the new cast members. Speaking of Perception cast members, go check out our post on Eric McCormack’s Underwear & Shirtless Photos.