Ronen Rubinstein Shirtless, Long Coats, Girlfriend, and Other Stuff. Look who’s rocking his long coat? It’s Ronen Rubinstein, the hot long-haired dude in Orange is the New Black who dated Pennsatucky before she totally turned into the mess she became. 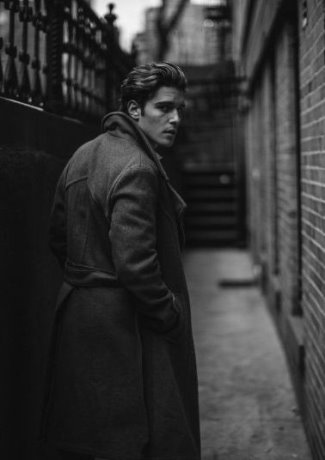 Ronen – or rather his character Nathan – is one of the very few good things that happened to the sad, sad life of Pennsatucky. Unfortunately, he appeared in only one episode but we are keeping our fingers crossed that he’s gonna make a comeback.

Now, before we go all OITNB, here are some Ronen Rubintein shirtless photos for those of you who are lookin’. 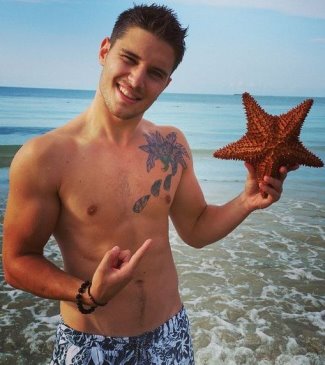 What brand of underwear does Ronen wear? Apparently, he loves him his Calvin Kleins as well as whoever makes a Man of Steel underwear. 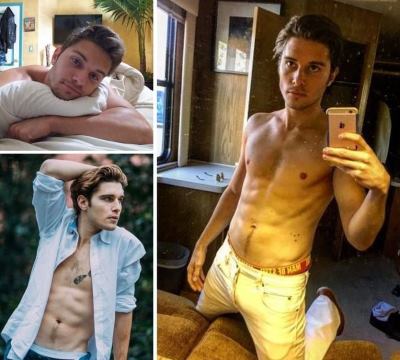 Ronen Rubinstein Gay or Straight? Kevin believes that Ronen is gay because he wears V neck shirts. Hehe. But that’s just Kevin doing his usual stuff of wishfully saying that all good lookin’ guys are gay despite the absence of evidence of gayness and, in some cases, despite the presence of evidence to the contrary. 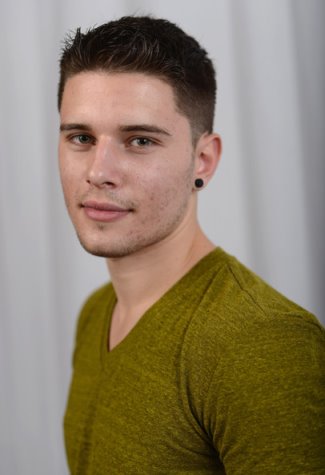 If Ronen is straight, does he have a girlfriend? Is he dating anyone at the moment? We found this on his Instagram account. Could this be his girlfriend? Nah. Looks like they’re just really good friends. 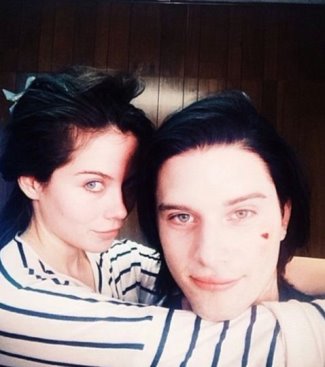 Ronen Rubinstein in Dead of Summer. After his stint with Orange is the New Black, it looks like the acting gig that would propel Ronen to stardom would be his latest project, Dead of Summer, which will start airing this June on ABC Family. He will be playing the role of camp counselor, Alex Powell, and he’ll be appearing in all ten episodes of the show which means he is a regular. Yay! Let’s hope Dead of Summer will be the surprise hit this summer so we’ll have more of Ronen in the future.

We shall end this post with this pic which we grabbed from Ronen’s Instagram account (follow him @ronenrubinstein). Kinda cute. But it would have been a better picture if it’s a Ronen Rubinstein shirtless pic “carrying” a shirtless dude, no? Hehe. 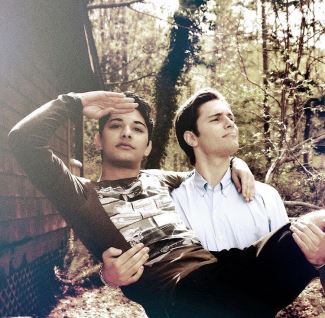 2020 Update. While we were not looking, Ronen has got himself an acting gig playing an LGBT character on the Fox TV action procedural drama 9-1-1 Lone Star. On the show, he plays firefighter Tyler Kennedy “TK” Strand who gets in a romantic relationship with a police officer named Carlos Reyes (played by Rafael Silva).

Here are photos from the show of TK and Carlos chillin’ and doing stuff together. Yay! Praise be to Ryan Murphy and his pals for creating and producing the show! 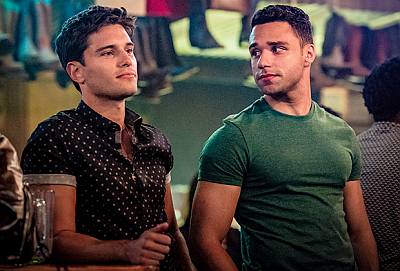 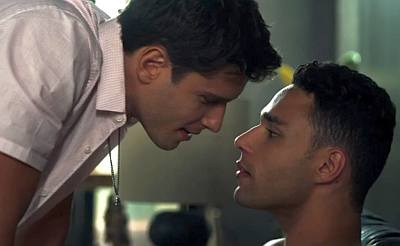 In an interview with etonline.com, Ronen states that he likes the fact that the TK and Carlos relationship is just a normal thing:

It’s just nice to be able to connect with a big part of the world that looks like Carlos and T.K. And I love that the writers made it a normal thing. It wasn’t a coming out story. A lot of times you’d see a gay couple on television there’s something really dramatic and usually sad involved with it. And this is just like, “Yeah, this is just normal. This is just how it is”. It’s as if it was a straight couple on television. It’s been amazing to be a part of that and to tell this story and to connect with so many people. I talk to people every single day about this and they’re just beyond grateful to see this and they’re excited to see where it goes.

There’s nothing as normal as a couple having breakfast together, no? 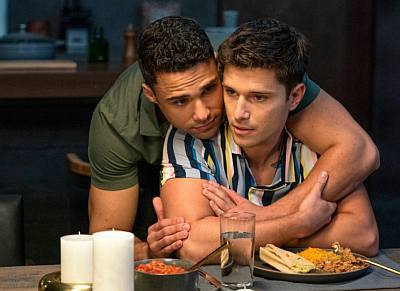 Wanna see our boys in their respective fireman and cop uniforms? Of course you do! 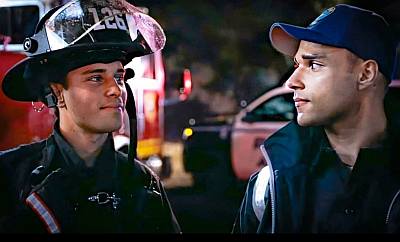 Of course, we would not be doing our duty if we don’t include a GIF version of the above pic.

Damn, don’t they look good together! We are so rooting for them. 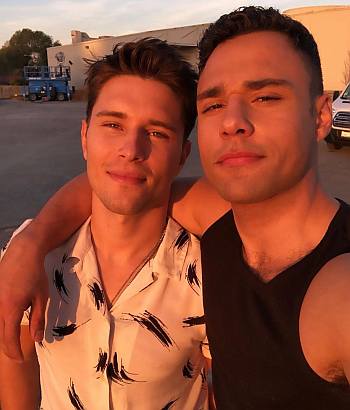