Prince Harry Shirtless in Swim Shorts Playing With a Big Ball. Wow! Prince Harry has a big ball. In fact, our favorite redhead and favorite royal has a bigger ball than his brother, the future King of the United Kingdom aka Prince William aka Husband of Kate Middleton. Go check out Prince William’s ball in our post about Famous Men With Big Balls and you will agree with us that there is no contest on which prince has the bigger ball. 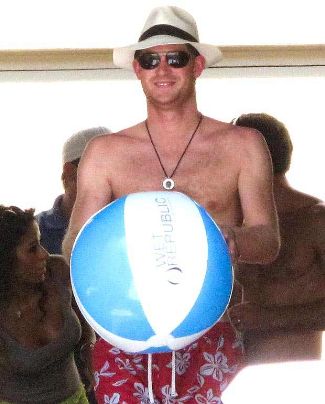 Prince Harry of course. And as proof to the doubting Thomases who’s motto in life is “pics or it is not true” we have the pictures to prove it too with some witnesses included in the picture itself who can confirm without a doubt that our redheaded hunk does have a big ball. Haha. 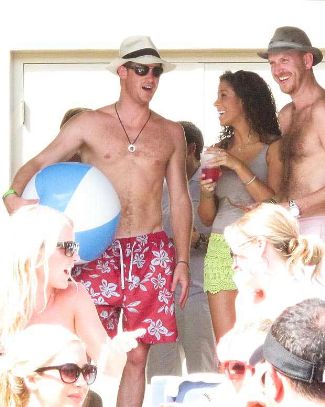 Anyhoo, Prince Harry (did you know that his complete title is His Royal Highness Prince Henry of Wales) is vacationing in Las Vegas and, as may be expected, the enterprising (read: pesky) British tabloids are reporting his every move — like he’s getting wet in a swimming pool with some girls in teeny weeny skimpy bikini swimsuits, or that he’s staying in a hotel where Jennifer Lopez is also currently staying, or the fact that he’s having some kind of fun with some random policeman.

Courtesy of The Sun. Oh wait, the Prince ain’t getting wet in the pool with only the girls. There are some boys in the pool too. 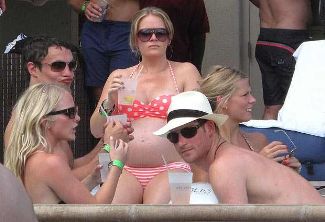 Next picture via Hello Magazine. Because they happened to stay at the same hotel in Las Vegas (the MGM Grand), Hello Magazine put together a drinking Prince Harry with Jennifer Lopez who looks like she, with her short shorts and all, is ready to parteeeeh. [But not with Prince Harry to the collective disappointment of the British tabloid writers particularly The Sun captioners or whatever it is you call those who write photo captions.] 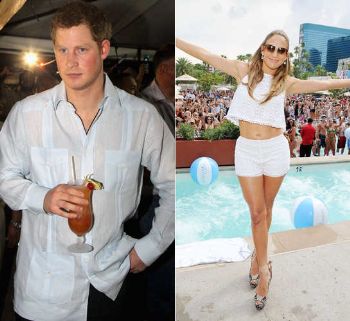 By the way, we must mention that Jennifer has also got a big ball. She’s seen here with boytoy Casper Smart. Casper may have the badass tattoo and the smooth abs and chest but there’s no question on who has the balls in this relationship. 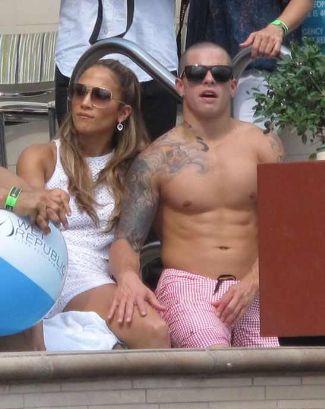 Anyhoo, since there’s nothing spicy going on between Prince Ginger and JLo (too bad they didn’t play catch with their balls, no?), let’s end this post with Henry Charles Albert David (Prince Harry’s name according to wikipedia) in his swim shorts. 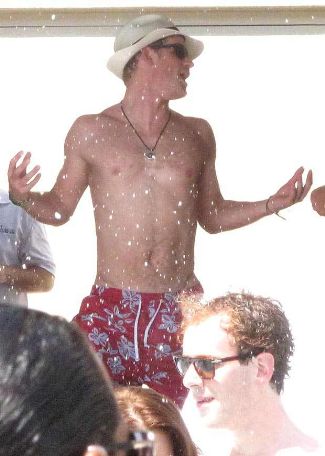 That’s a nice swimwear Mr. Prince but, next time, you should try wearing something similar to Thom Evans Budgy Smuggler Swimsuit. Hehehe.

Prince Harry Shirtless in Afghanistan (published 2 July 2008). Looking for photos of hot shirtless soldiers? Check out our Prince Harry when he was assigned in Afghanistan. Is he reading stories for the troops in the first picture above? Or are they looking at girlie pictures? Hehe. 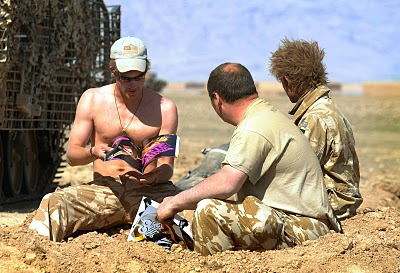 Prince Harry plays with his ball. 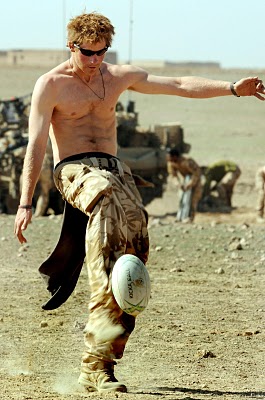 Now, he’s all ready to go to war against the enemy. We gotta give this guy credit for actually going to a war zone unlike a lot of war hawks such as George W. Bush and Dick Cheney who are more willing to risk the lives of young me but who are, when they were young, too wimpy themselves. 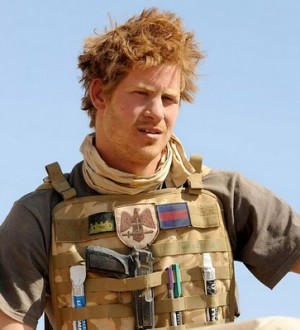