Jessica Biel Wedding Dress: Photos, Anyone? Have you seen Jessica Biel wearing her wedding dress? No we haven’t and we’re going to bet that you have not either. Until we see a picture of her in a wedding dress — preferably by the fabulous designer Monique Lhuillier or the equally fabulous designer Vera Wang or whoever Jessica wants to design her dress — we are not going to buy the rumors swirling around that the Total Recall actress has tied the knot with Justin Timberlake. See: Celebrity Wedding Dresses 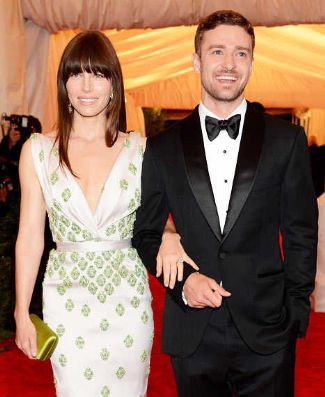 Have Justin and Jessica gotten married or not? If you ask gossipmonger Janet Charlton, the lovebirds “pulled a fast one” and got themselves hitched somewhere in Jackson Hole, Wyoming.

Pulled a fast one eh, Janet? Why, did you expect to be at their wedding? Do they owe you an invite but failed to deliver? Are you now mopping because Justin and Jessica pulled a fast one on you and you did not see them pronounced as man and wife? Because really we don’t think the public cares whether or not these two tied the knot.

Also, as our nephew often says about doubtful reports, “Pics or it didn’t happen.” Indeed, as we mentioned above, we gotta see Jessica in a wedding gown with her lover by her side throwing a bouquet of flowers before we can truly say that the two are now Mr. and Mrs.

By the way, we mentioned earlier that we hope Jessica will pick a Monique Lhuillier or a Vera Wang but wouldn’t it be fabulous if she decides to go over the top and opt for those Gypsy Wedding Gowns? It would be fantabulous.

Anyhoo, other sites such as Gossip Cop have belied the report that J&J got married in Wyoming. In fact, Gossip Cop says the two are not even there since Jessica is apparently busy promoting Total Recall (which is not doing well in the box-office) while Justin is reportedly shooting his next movie project, Runner, in Puerto Rico.

By the way, it is funny to note that some wikipedia editor has written that Jessica’s status is now “Married” with partner Justin Timberlake. Either we will see the actress in her wedding dress or someone will have to re-edit her wikipedia page. Pics or it did not happen!