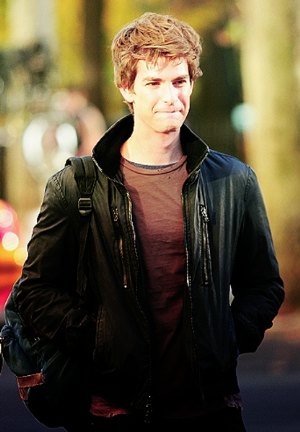 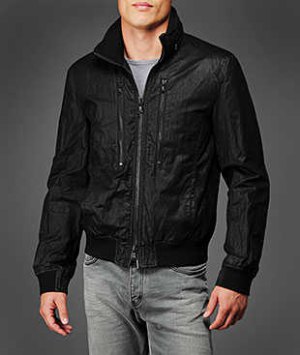 More photos of this Peter Parker Spiderman jacket as seen on Andrew on The Amazing Spiderman. 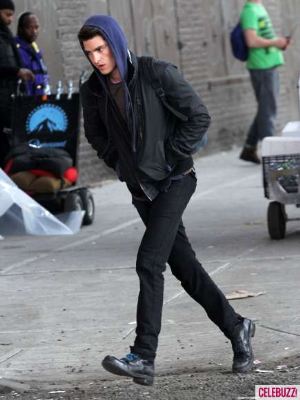 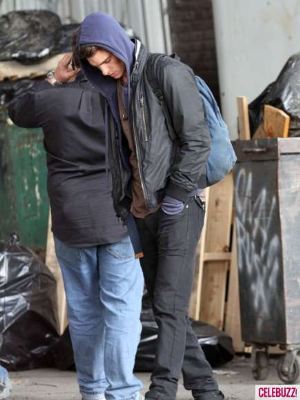 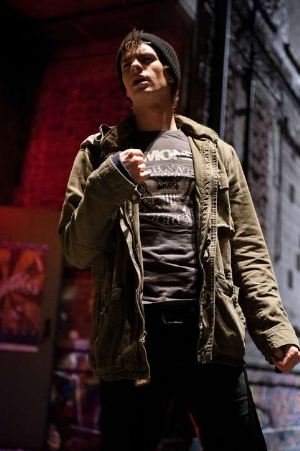 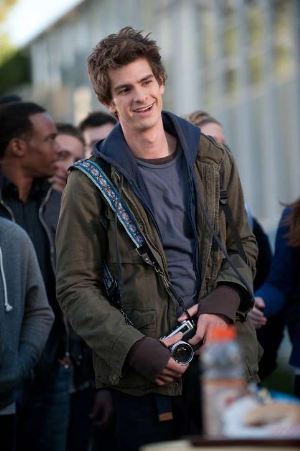 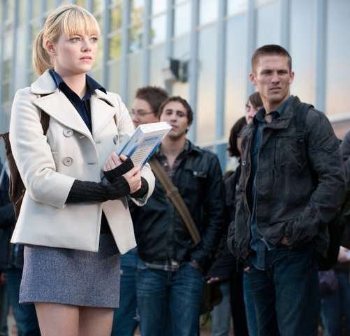 If you’re a girl, we’re pretty sure you said, “I like to buy a coat like that!” which Myla (Deena’s daughter) said after we finished watching the movie. Her mom, on the other hand, was more interested in the Flash Thompson character which, admittedly, we both have a crush on. Does this mean Deena and I have turned into cougars? [Kevin’s answer: Nope. An older woman becomes a cougar only if she’s able to ensnare a cub. If you don’t have a cub, you’re just a sad older lady crushing on a younger man.]

Ugh. We’re hurt by Kevin’s answer but that’s one of the reasons we’re friends with him. He’ll tell you the truth, no matter what.

We’ll end here because we’re off to get us a cub in real life. Wish us luck. Meantime, if you want more of Andrew Garfield, check out a post we wrote earlier about him: Andrew Garfield Underwear: Boxers or Briefs.