Ryan Lochte Speedo: Does He Have the Best Male Summer Body? Check out Ryan Lochte and his tight Speedo on the cover of Men’s Journal for August 2012. Sexy and hot. Yay.

Well, Deena should be consoled by the fact that this American hunk is on the cover of Men’s Journal wearing nothing but a pair of black Speedo swimsuit. This is as good as him in CK briefs right, Deena? 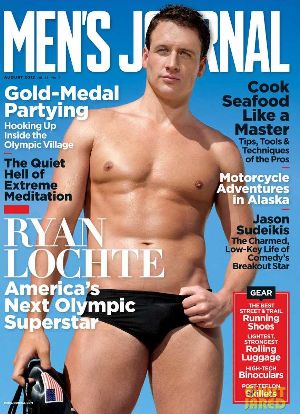 Clearly, Deena isn’t the only one loving her some Ryan Lochte. The editors of Men’s Health Journal are loving them some Lochte too as they named him the Guy With the Best Summer Body in 2012 and noted how he “vanguished” Michael Phelps in their head-to-head races during last year’s World Championships. 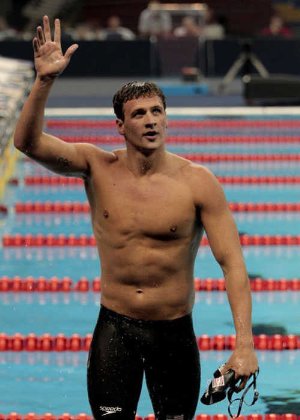 Does he really have the best summer body? Deena says “YES” in all-caps while we are still reserving judgment as we still haven’t gone to watch Magic Mike. We’re told Channing Tatum and Joe Mangasomething have perfect bodies in that stripper movie which can give stiff competition to Ryan’s water-sculpted hunkiness.

Ryan Lochte Speedo: Does He Have the Best Male Summer Body? Posted 11 July 2012.