Peter Capaldi as Cross-Dressing Vera Reynolds. Look who’s looking pretty as a woman? It’s the newest Doctor Who that’s who, Mr. Peter Capaldi himself. Pic is from the ITV series Prime Suspect where the talented Scottish actor played the role of transvestite Vera Reynolds. His performance earned raves from critics and, in the eyes of our friend Deena, should have earned him an award. 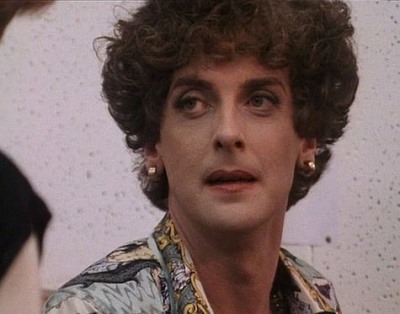 Here’s another photo of Peter as Vera Reynolds. 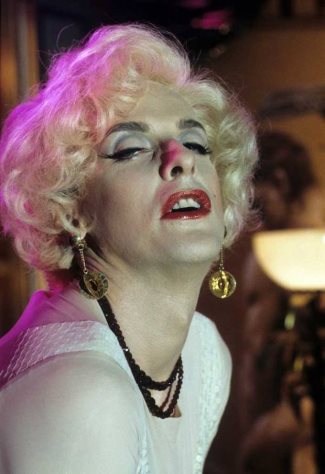 Another acting gig which should also have earned an award for Peter would be his role as Jim in the 2006 TV movie, Aftersun. What award should he have received for this particular role? What do you mean what award? He should have received the Best in Speedo Award, of course.

See, can you or your boyfriend beat this look? We doubt it! Peter was like, what, 50 years old when he wore this Speedo and he looks every inch a stud in it. [Want more Older Men Wearing Speedos?] 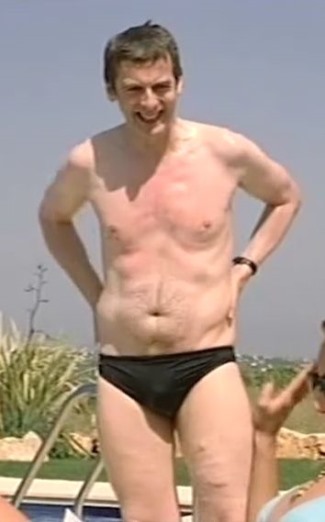 Young Peter Capaldi. What will Peter as a young boy say of his Speedo-wearing adult version? We are getting a mixed reaction in the pic below. On the one hand, he is doing that “Mckayla Is Not Impressed” crossarms which could only mean that Boy Peter is not impressed with Adult Peter. On the other hand, the youngster is not pouting or pursing his lips which could mean that he is not totally disapproving of the man. 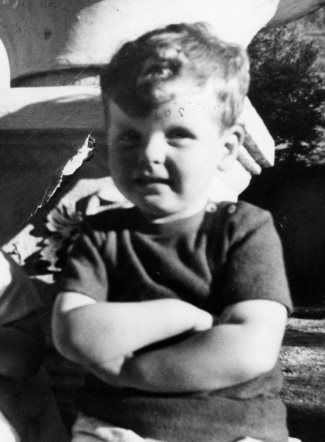 Now, we’re pretty sure that Boy Peter will be very very impressed with the older version of him who became Doctor Who. 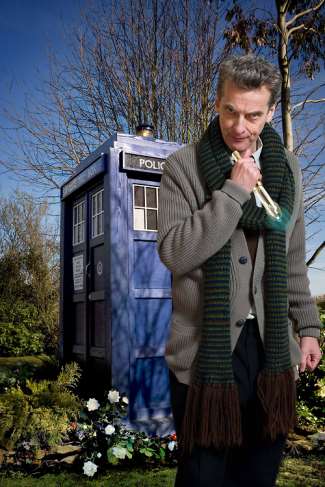 What does Adult Peter say about his getting cast in the much-coveted role? From the Mirror:

The 55-year-old told the February issue of Doctor Who Magazine that he was most looking forward to “getting on with it” and said the way he was unveiled as the 12th Time Lord on a special BBC1 show in August last year was a baptism of fire to his new found level of fame.

“Admittedly, it was somewhat outside of my comfort zone to be revealed in that way, but that’s the way it fell. I was nervous about the ‘Tonight, Matthew, I’m going to be Doctor Who’ element. It seemed a million miles away from the actual job. However, in the end, I kind of enjoyed it. A little showbiz never hurt anyone. And Zoe Ball was great.”

Apparently, Capaldi is fan of the show from its inception and even wrote a fan letter about Doctor Who to Radio Times in 1974. He tells the the Mirror: “I was five when the show started. I don’t remember Doctor Who not being part of my life, and it became a part of growing up, along with The Beatles, National Health spectacles, and fog. And it runs deep. It’s in my DNA.”

So don’t worry Doctor Who fanatics, the show is in very good, very capable hands.