Ryan Kelley Underwear: Boxers or Briefs? What kind of underwear does Ryan Kelley (aka the gorgeous Deputy Parrish on MTV’s Teen Wolf) prefer to wear to protect the precious family jewels? Well, UnderwearWatchers, we have the answer for you. Apparently, he likes them some Calvin Klein boxer briefs. 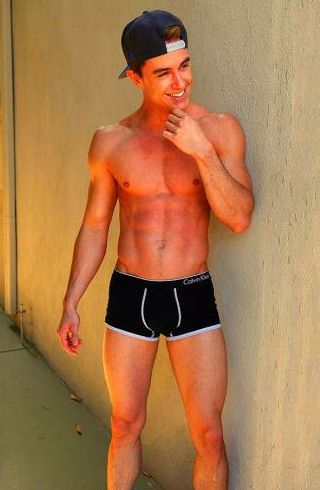 Why did he drop his trousers? Does it matter? What’s important is he did and gifted us with this fabulous picture of an actor in his underwear which deserves to earn a high ranking in our male celebrity underwear gallery.

The powers-that-be in Calvin Klein should hire this guy to model their undies. Heaven knows there is a lack of hot ginger men in the world of underwear modeling. 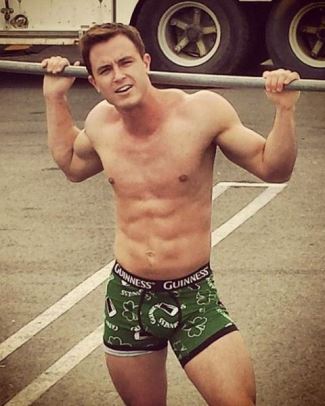 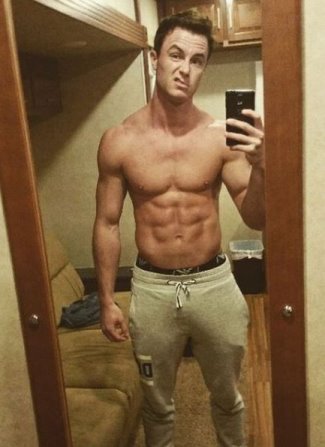 Ryan Kelley Gay or Straight? Did you know that Ryan played a gay role in Prayers for Bobby? We watched that movie five years ago and he did a pretty good job. He should have earned at least an Emmy nomination alongside Sigourney Weaver who played his ultra-religious mom. Here’s Ryan getting kissy-kissy with Scott Bailey (who played David, the love interest) in Prayers for Bobby. 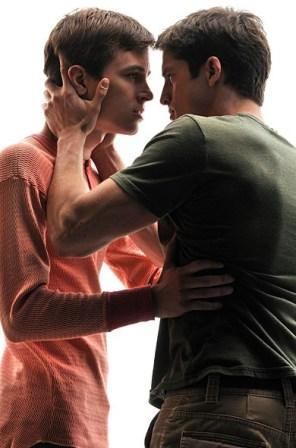 Is Ryan gay in real life? The internetizens of gay-or-straight.com seem to think so because they gave him a 69% “gaydar rating”. We think those who voted that he is gay are just merry old queens who want them some Ryan. Hehehe. Anyhoo, back in 2009 in an interview with girl.com.au, our Ryan revealed that he was looking for a girlfriend. We don’t if he already has one but if he did not, we highly recommend our friend Deena. Like Ryan, she is a redhead and she is looking for a boyfriend.

Considering that redheads around the world are disappearing and are some kind of an endangered specie, Ryan should hook up with Deena to produce children to ensure the survival of the Gingerkind. Hey, did we just invent a word, Gingerkind? We should copyright it before someone else does.