Older Men Wearing Speedos: Ten Guys Who Rock Their Swimtrunks. Mature older guys wearing Speedo swimtrunks: cool or not cool? As a lady of a certain age who loves us any men in Speedos, we’re gonna say that older guys in Speedos are pretty cool. But, sadly, there are ageists in this world like the writers of a certain website we’re not gonna name who came up with a List of Celebrities They Don’t Like to See in Speedos. As it turns out, the men they included in their list are those who “are of a certain age” or those who our friend Deena would call silver daddies. So we were like, “Eff you, ageists! You will not be in your 20s forever! What are you gonna do then when you’re, like, in your 30s or 40s or 50s? Kill yourself?”

Now that we have vented what we feel, let’s check out these older men (by older, we men those aged 40 and up) who are rocking their Speedos. First in our list of 10 Older Guys Who Look Good in Speedos is Julian McMahon. This pic of the 40+ Aussie hunk makes foolish those who say that only those in their 20s or early 30s should wear Speedos. For more of Julian, check out our post on Soap Opera Stars in Speedos. 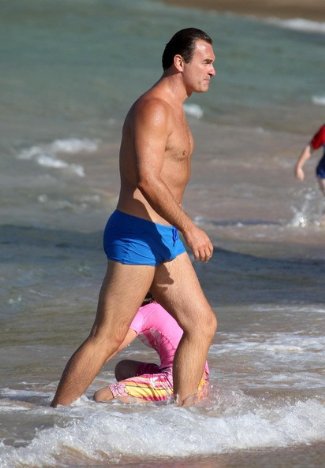 Next in our list of older men wearing Speedos is Suburgatory star Alan Tudyk who shared this Speedo photo to his Twitter followers. We are impressed, Mr. Tudyk! 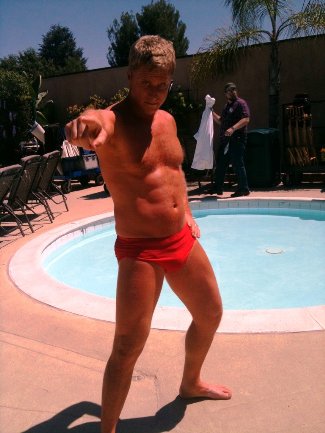 Third in our list is the Muscles From Brussels himself aka Jean Claude Van Damme. These was obviously taken much earlier when the action star was in his 40s. Would you believe that he is now 52 years old? 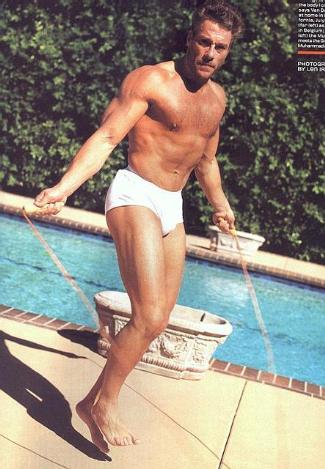 Australian politician John Thwaites (he was the former Deputy Premier of the state of Victoria) is looking good in his budgy smuggler (or whatever the term used by our Aussie friends for Speedos). 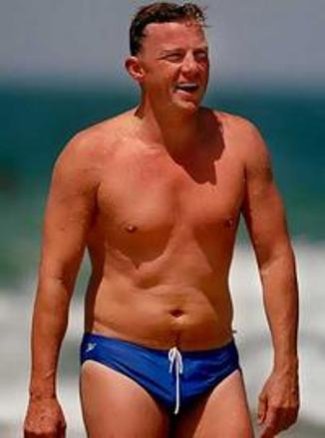 The late American actor Tony Curtis went fishing in his blue Speedo suit. Whoever says he should not be wearing what he is wearing deserves a special place in hell. 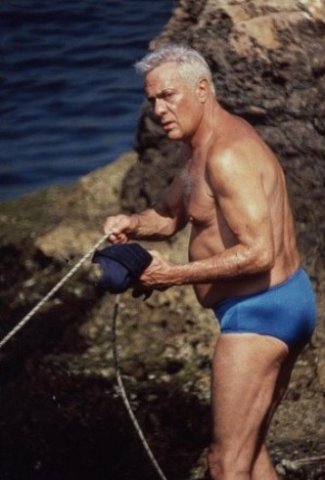 At 60 years old, former Miami Dade Mayor Carlos Alvarez is every inch a hunk in his bodybuilding posing trunks. 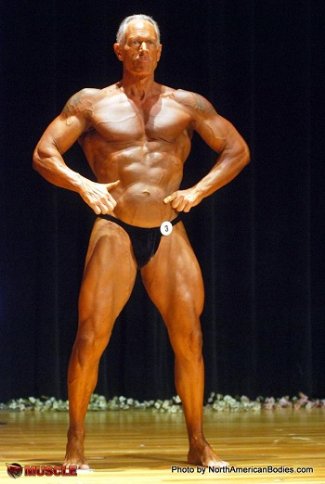 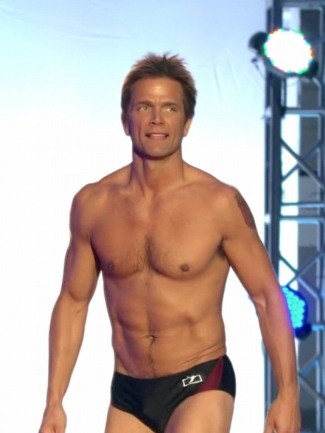 Calvin Klein god Antonio Sabato Jr also raised the banner for the 40-something males on Stars in Danger which he went on to win. Congratulations, imaginary boyfriend! 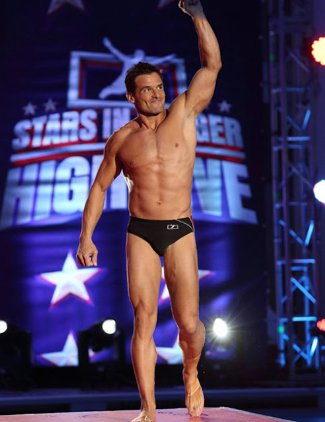 One of the early Hollywood beefcakes, movie/TV actor Robert Conrad was still hot, hot, hot when this Speedo photo was taken 41 years old. We’re told the pic is from the Battle of the Network Stars where the stars of the big three networks (ABC captained by Gabe Kaplan, CBS captained by Telly Savalas, and NBC captained by Robert Conrad) competed in a series of sports events such as swimming, kayaking, volleyball, golf, tennis, bowling (on custom-made outdoor lanes), cycling, 3-on-3 football, the baseball dunk, running, and the obstacle course. Too bad they are not doing any Battle of the Network Stars now, eh? 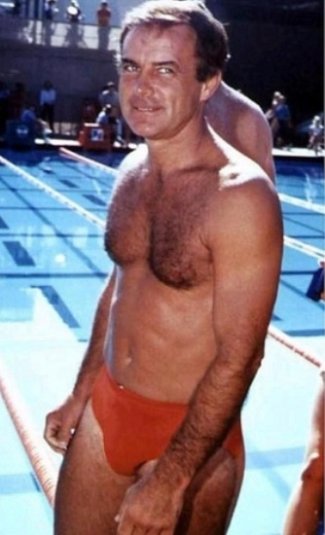 The last but not the least in our Ten Hot Older Men Wearing Speedos is Italian actor Raoul Bova who looks gorgeous in his swimtrunks. 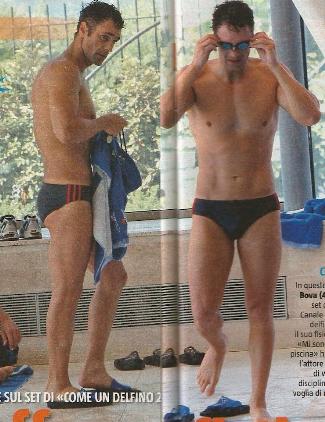 Want more male celebrities of a certain age wearing swimtrunks, check out our earlier post on Swimsuits for Older Guys.