Nathan Fillion Underwear (Boxers) and Shirtless Photos. What kind of underwear does Castle star Nathan Fillion wear? Boxers or briefs? Turns out he prefers a combination of the two. In an online conversation with Reditters he revealed that he prefers boxer briefs. Unfortunately, we don’t have a pic of our 42 year old Canadian hunk in his boxer briefs. But we do have these vacation pics of him wearing boxer shorts. 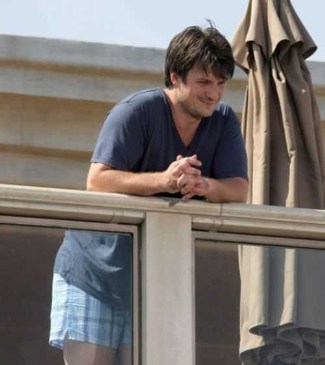 Hello, Mr. Fillion! How you doin? 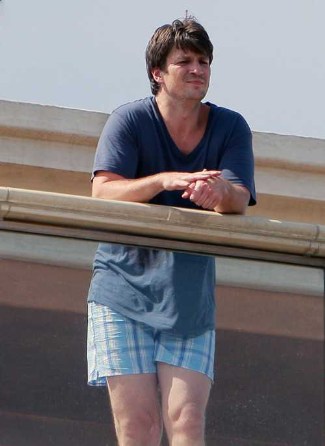 Did you know that Nathan loves him his underwear so much that he does not throw them out? Here’s what he said about his undies in an interview (via movietome.com): “They are old, got holes, and worn through to the point of transparency. I occasionally buy new ones but I never throw any away. If a man says he throws out his underwear, he is lying. It’s as simple as that. They don’t get trashed, they just sometimes fall off or ignite.”

Well, Nathan. Some men actually do throw out their underwear. Our current boyfriend does! We also don’t remember our exes wearing worn out briefs so they must have thrown them out when they’ve got holes in them.

Nathan as Captain Hammer. How can one not love this guy? 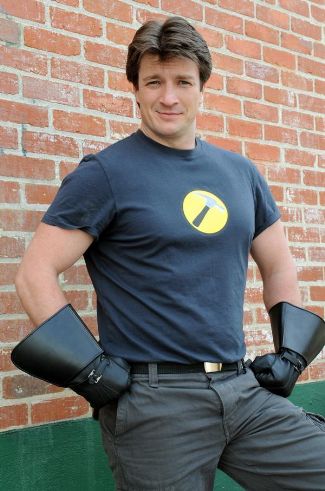 A young Nathan Fillion in jorts (short for jean shorts). 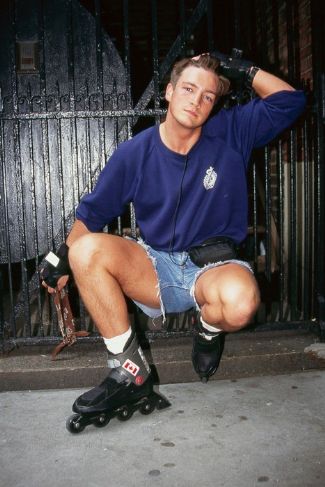 Nathan goes shirtless in these photos for Firefly. 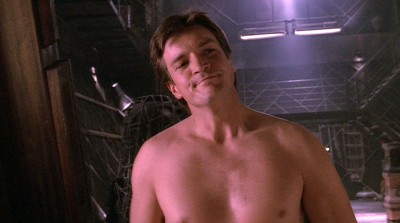 Is he naturally smooth or did he shave his chest? 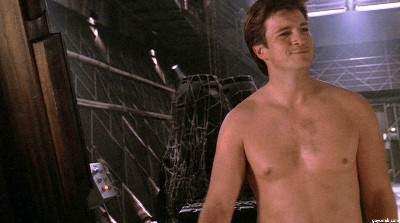 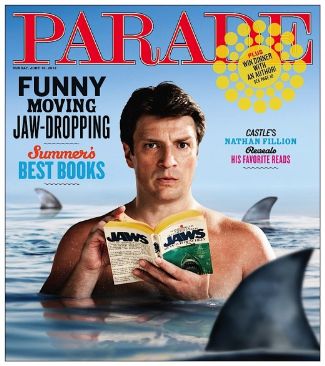 Is Nathan gay? He’s not according to the netizens of gay-or-straight.com who gave him a gaydar rating of 59%. From said website:

But if he does turn out to be gay expect Joel McHale, who admitted in an interview with Advocate Magazine that he has a dude crush on Nathan, to come-a-calling. Hehe. Anyhoo, Nathan is reportedly dating Stana Katic. He also dated Vanessa Marcil and Perrey Reeves.