Then there are designers and fashion houses which, at one time or another, included leather kilts in their menswear line. Here’s a partial list for those of you who want to check them out: Rick Owens (see photos in the earlier posts below), Bajowoo, and Givenchy.

Givenchy leather kilts is probably the most popular because Kanye West wore them at one time: 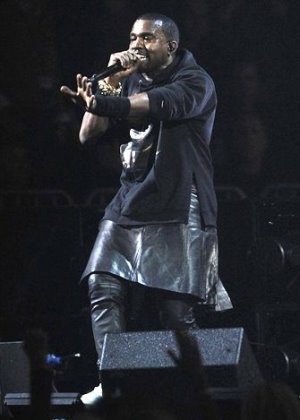 And here’s a leather kilt by Bajowoo: 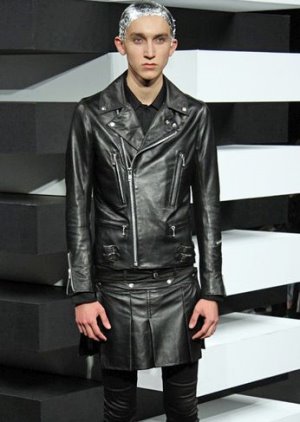 So in conclusion, if you plan to buy leather kilts by designers, you might want to check out Rick Owens, Bajowoo, and Givenchy. 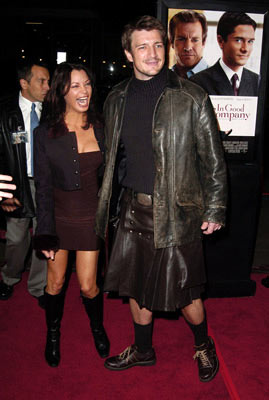 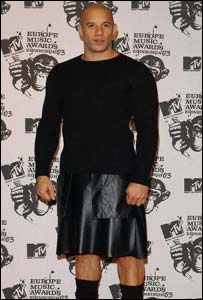 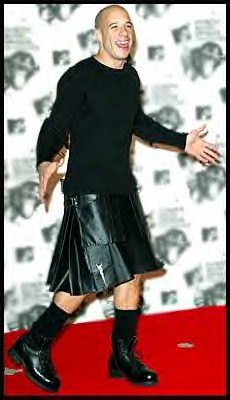 …..
More Celebrities and Male Models in Leather Kilts (01 November 2011). Ugh. How can we not include the Scottish hunk that is Gerard Butler in this post? But it’s better late than never, eh? Check out the Hollywood star rocking his leather kilt and his Excalibur sword. 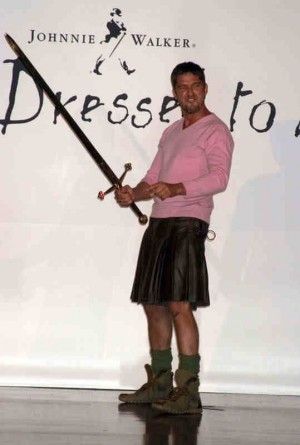 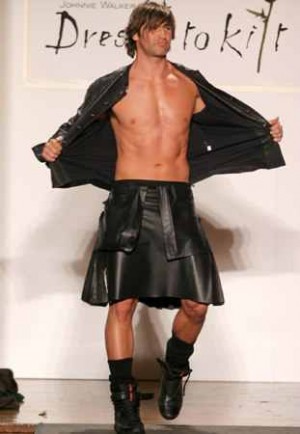 You’re rocking it, baby! Chris is the “celebrity face” of Scotch Beef. Check out the advertisements starring our Chris below. 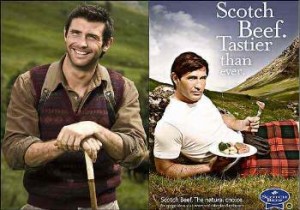 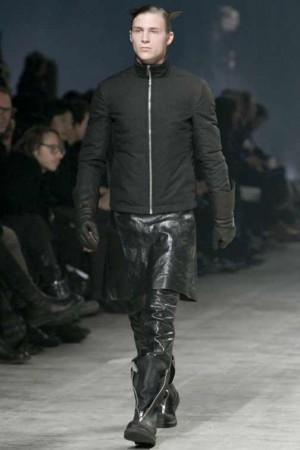 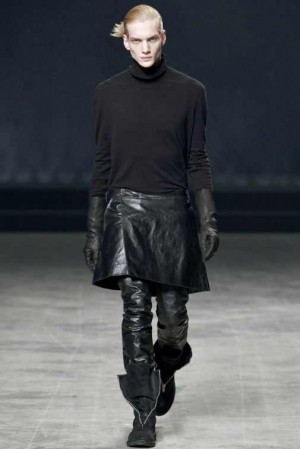 So there you have it! We’ll update this post again if we find more men in leather kilts.