Mens Long John Thermal Underwear: Male Models. Long johns underwear is our best defense when the cold months threaten to freeze our asses off. It’s a valuable addition to our closet but we always wondered why this particular underwear is named the way it is. We understand the “long” part but we don’t get where the “john” came from. 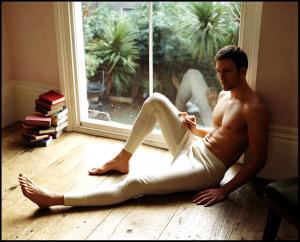 According to wikipedia, the “john” in long-johns may have come from a boxer who’s known for wearing this kind of outfit.

Says wikipedia: “According to Michael Quinion, ‘John’ may be a reference to boxer John L. Sullivan, who wore a similar looking garment in the ring. This explanation, however, is uncertain and the word’s origin is ultimately unknown.”

Whatever the term’s origin, let’s all agree that the long john is one hot piece of garment. In fact, we think its as hot as a thong underwear. You are free to disagree but that’s what we think.

Anyhoo, here’s a bunch of male models wearing their long johns underwear. Let’s begin with designer long johns courtesy of them folks from Dolce and Gabbana. Seems like there’s a brawl going on in this picture. Naturally, we are soo rooting for that guy in long johns. 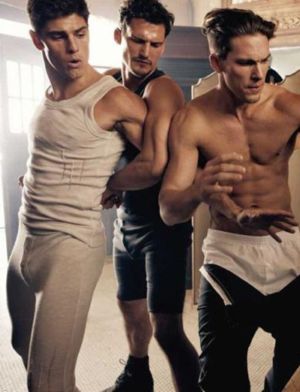 Now, here’s American male model Kennen Miller who looks awesome in his thermal underwear. This is the point where you can make a joke about a football tight end. Hehe. 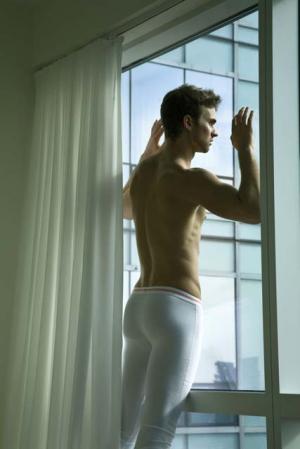 If you want to use your long johns as an outerwear (you know the underwear-as-outerwear thingie that’s apparently a fashion trend these days), you’d be happy to know that Adidas has designed one for you. Who says you can’t play skip, hop, and jump in your underwear? Certainly not these Adidas hunks. 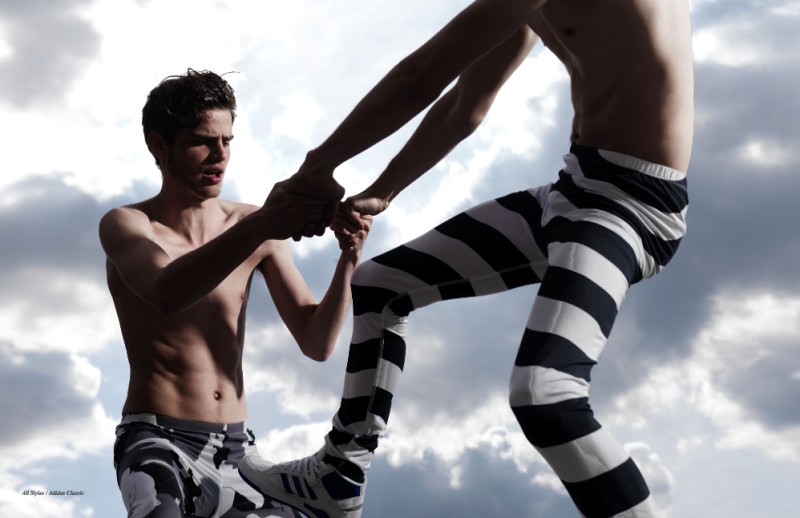 Finally, here’s a bunch of guys in their thermal undies. 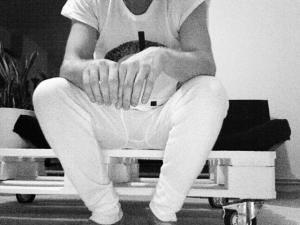 The model below reminds us of our cousin Andrew. Its mostly the face but the stance is similar too. Uncanny. 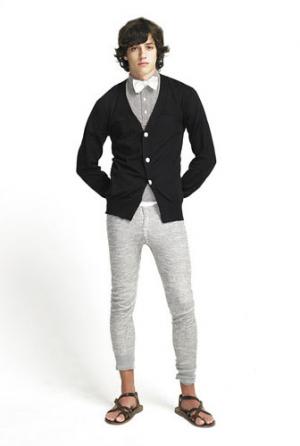 According to this model, you can now use your long johns in public. But be sure to top it with some kind of short pants so as to to be very revealing. 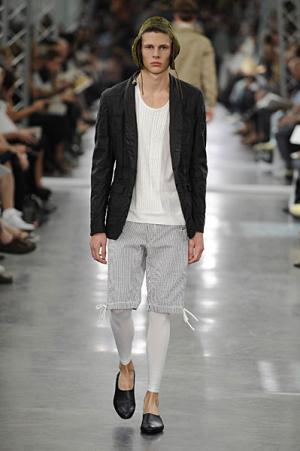