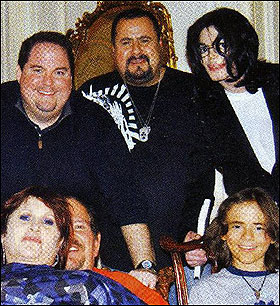 If he has evidence to prove his claim a-la Alex Cortez’s pictures with Terrell Carter, then he should bring it out. Because, as we said when Mark Lester came forward to claim that he is Paris Jackson’s biological father, we are kinda skeptical of these people making these revelations after Michael’s death.

Anyhoo, here’s Jason Pfeiffer talking about his first date with Michael: “I guess our first ‘date’ was in my car. We went for a drive and were talking and having fun, but Michael had his minders who were ‘nosey’ as Michael put it. We had to make sure we were not caught, and although the date was short as I had to take him home before anyone noticed, we had a great time. I thought nobody else knew, but have since discovered that others did surmise the truth.”

Okay, Jason, we will believe you if you show us some kissing photos. 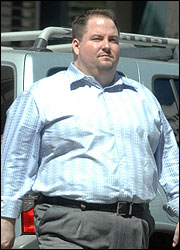 Debbie Rowe vs. Rebecca White: Who’s Lying? (posted 17 July 2009) Oh my. Seems like there’s going to be a Michael Jackson-related legal battle between his ex-wife Debbie Rowe and her alleged friend Rebecca White.

What’s the sideshow all about? Rebecca is claiming that she received an email from Debbie saying something like “Do I want the kids? Hell no. Does it look good for me to ask for them? Absolutely.” Rebecca then went on to blab about what Debbie allegedly said. Now Debbie is suing her for defamation. Debbie also claims that the email is a bogus or something like that.

So, high school, no? Or so Gossip Girl. Okay, I actually don’t watch the show but I’m thinking that maybe this is what a Gossip Girl plotline would look like. Anyways, between Debbie Rowe and this Rebecca girl, who do you think is telling the truth.