Let’s have more of the awesomeness of Francois Sagat, shall we? We’re loving this guy because he appears to have a great sense of humor as obvious in his willingess to dress up in skimpy skirts which you can see in our first post about him above. Turns out that he also have other cross-dressing photos like the ones below. 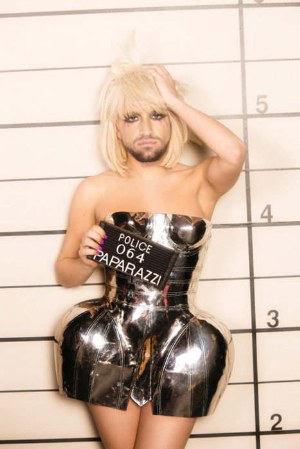 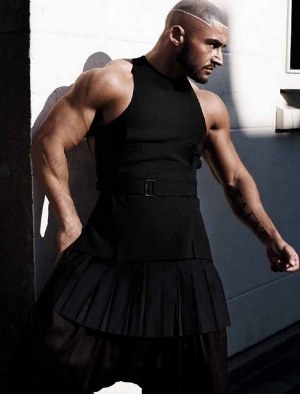 Although he is known more as an actor/performer in adult films that cater to men who like other men, our Francois has made notable appearances in mainstream movies. For instance, he made a cameo appearance as a drug addict in the 2009 horror/mystery flick, Saw VI. Here’s a photo of Francois from the movie: 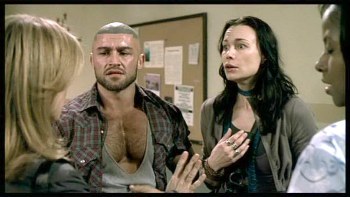 He was reportedly given a choice between playing a drug addict or a police officer and he picked the former because it was more challenging. Here’s what he said about his experience shooting for a mainstream movie that got a wide release in cinemas worldwide:

I was so terrified I was going to be bad and make mistakes. But after the first five minutes, everything was OK. I didn’t fuck up. There was lots and lots of crew around and the set was huge. No one knew who I was; I loved it. I really hope I get to do another movie.

He did get the chance to appear in another movie for the big screen, L.A. Zombie which was released in 2010, and this time in he played the lead role. However, the movie is more of a festival film rather than the mainstream film like Saw VI. Here’s a pic of Francois as a zombie. 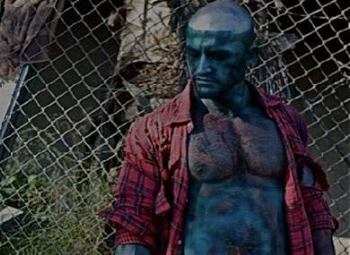 We hope he continues to expand his acting muscles because, boy, who doesn’t love a shirtless hunky man who loves a puppy? 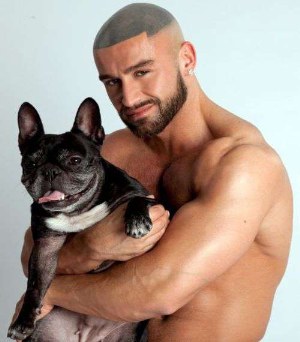 We end this update with this painting of our Francois. 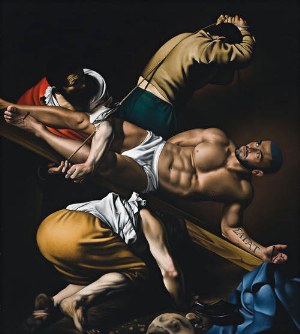 Don’t ask us what the painting is supposed to mean.