Brad Pitt Dress. When we first saw this photo of Brad Pitt wearing a dress, we were not sure whether it is real or whether it is a fan-made photoshop. After all, some talented superfans can be very “enthusiastic” when it comes to manipulating the images of their favorite celebrities. 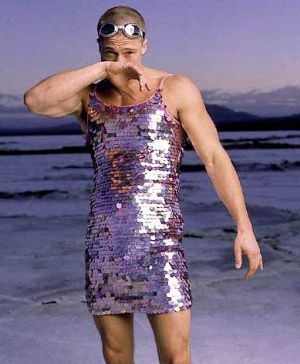 Anyhoo, we eventually we found out that the photo is the real deal. Apparently, our Hollywood A-Lister did a photoshoot for Rolling Stone Magazine which asked “Is Brad Pitt still hot when he’s wearing a dress?” Well, there are the result of the Brad Pitt dress photoshoot. 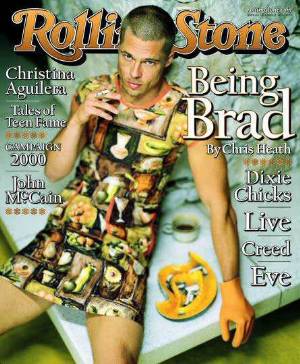 What do you think, Famewatchers, is he still hot in a dress? Of course he is! Whether he’s wearing a dress or a suit or nothing at all, we think our Braddie (yeah, we call him that as if we know him haha) will always be sexy. The same thing cannot be said about Tom Cruise. Hehehe. 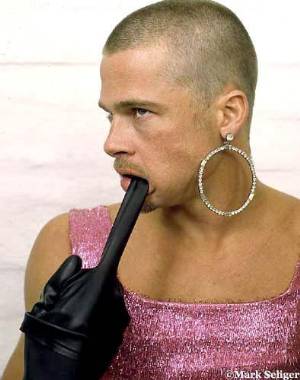 These photos of Brad Pitt wearing dresses are by Mark Seliger of Rolling Stone Magazine. 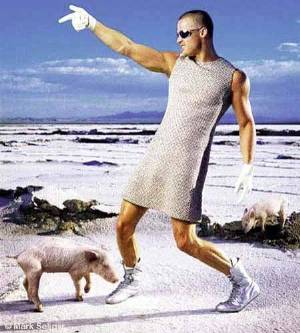 So fellow Famewatcher, do you have a favorite Brad Pitt dress photo? Ours would be the one used as a magazine cover pic. What about you? 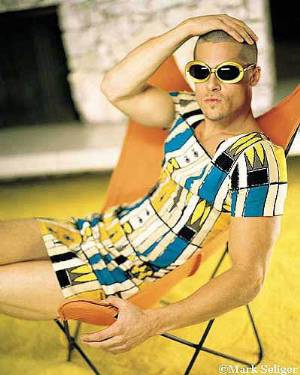 Want more Brad Pitt fashion style? Well, go check out this Brad Pitt Rolex Watch Collection as well as the suits he wears during red carpet events in Brad Pitt’s Suits. If you are into male celebrities and their undies and are wondering whether Brad wears boxers or briefs then check out our post on Brad Pitt’s Underwear.

Now, as it happens, our Brad isn’t the only famous man photographed wearing a dress. Here’s Lord Myners (aka Baron Myners aka Paul Myners) looking happy and fabulous in his white dress. Lord Myners is a British businessman and politician who served as the British Treasury Minister under Gordon Brown.