Lionel Messi Underwear Model for Dolce and Gabbana. Lionel Messi is a beautiful man. But his underwear modeling photos fail to highlight his assets. Either he does not know how to pose (and we highly doubt this is the case). Or his handlers just do not know how to make use of him.

Let’s take for instance these Lionel Messi underwear photos for Dolce and Gabbana. Who among you — after seeing these pics — were enticed to go buy D&G undies. Not us. Not our friend Kevin. Neither does Deena. 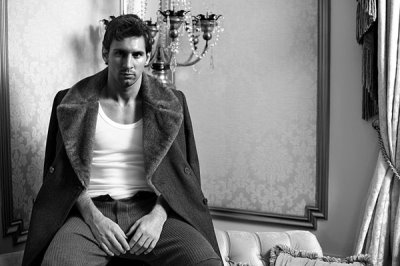 The people behind this photoshoot must be going for “edgy”, “European”, or “classic old school”. But what they did is remind us of those photos in the horror movie, The Others, which scared the sh*t out of Nicole Kidman and her kids. 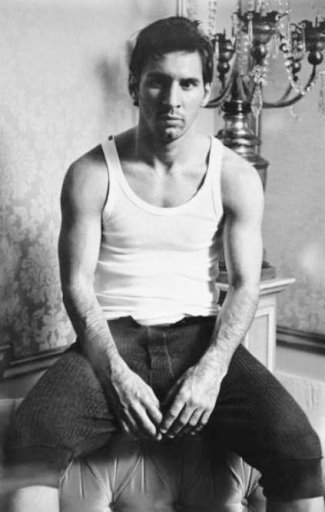 But what say you, Famewatchers? What do you think of these Lionel Messi underwear modeling photos for Dolce and Gabbana.

You know, celebrity underwear photos (especially if they are adverts) are supposed to be hot, sexy, and make us want to go “hmmmmm”. These D&G pics starring Lionel just do not do that. And, as we already said, we don’t blame the model at all. Instead we point our “blaming” fingers to the people who conceptualized the shoot.

…..
Lionel Messi Speedo Underwear? (Published: 22 July 2010). Check out Lionel Messi, the second highest paid footballer in the world (after David Beckham), going for a swim in his underwear. Or is that a Speedo? 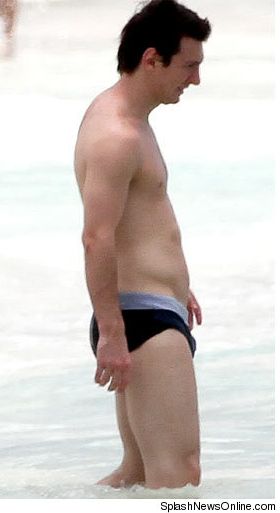 We can’t tell! You can also see our guy modeling Lody Underwear in our post on  hot Argentine men. 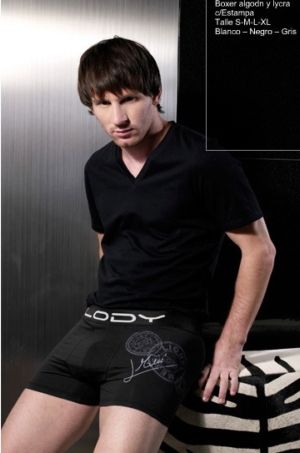 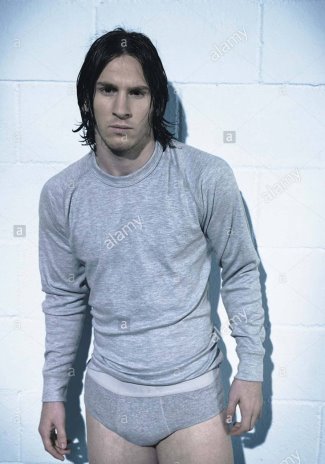 Is Lionel Messi Gay or Straight? The video below tries to make a case that Lionel Messi is gay. So this is the best the “Lionel is so gay” camp can come up with? If that’s the case, we can come to the easy conclusion that Lionel is, in fact, straight.

But what are our buddies at gay-or-straight.com saying about the matter? They already voted and here’s the result:

Lionel Messi gaydar: According to 1058 visitors Lionel Messi is 53% gay. However, the average gay-rating on gay-or-straight.com is 69%, which means Lionel Messi is quite straight in comparison to other celebrities on this website.

So there you have it! The internet spoke and concluded that Lionel Messi is quite straight! So, if he is straight, does he have any girlfriend, wife, or partner, or what have you? Sure he does! He’s been in a relationship with Antonella Roccuzzo since 2008. The couple are blessed with two sons Thiago (born 2012) and Mateo (born 2015).