We must give the edge to Leo the Lion, he looks like he’s got the better body based on their photos. But this may be because his photos are professionally done while Lee’s are selfies. 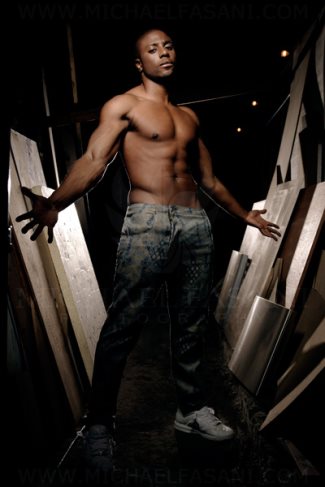 Anyhoo, what do you guys think of Leo’s auditioning on The Voice? We are kinda mixed about it. Part of us is saying, “Dude. You’ve achieved a level of fame as a member of The Streets. You have entries on wikipedia, imdb.com, and whosdatedwho.com, you should give others the spotlight for their 15 minutes of fame. If Vote for the Worst is still alive, they’ll be calling you a ringer or a PLANTY, PLANT, PLANT.” On the other hand, as a fan of The Voice, another part of us is saying, “Wow. The Voice UK must really be good to attract a kinda famous singer to its blind auditions. Take that, Simon Cowell, you cuckolding douchebag you!”

Want more Leo Ihenacho shirtless photos? Here’s a sexy one we grabbed from michaelfasani.com. Our Leo apparently did a photoshoot for Scarlet Magazine and this is one of them pics. 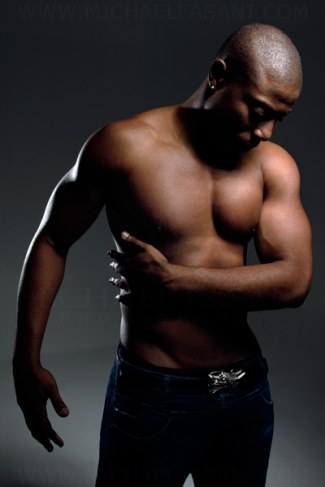 Back in 2006, Leo participated in the reality show Celebrity Love Island. He was evicted on the fourth week but the show gave us this delectable photo. Hehe. 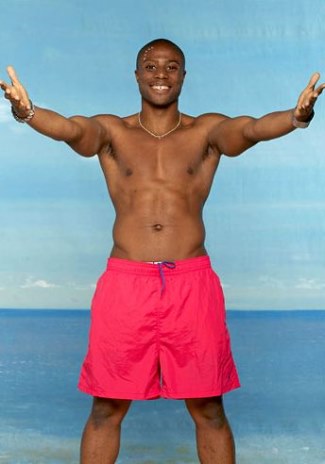 Does Leo have a girlfriend what is his relationship history like? We don’t know if he’s dating anyone now but his whosdatedwho.com entry tells us that he dated Bianca Gascoigne and Nicole Merry.