Jim Walker Dallas Steele: News Anchor to Adult Movie Actor. Today in Hot Media Men, we bring you Jim Walker who made headlines four years ago when the internets discovered that he is also Dallas Steele. So what’s newsworthy about the guy? Sure he’s good looking and all and looks like our friend’s charming Papi we had a crush on in high school but why did newspapers from around the world — from the Huffington Post to the Daily Mail — wrote articles about him?

Well, clueless Famewatcher, he made headlines because he made a very newsworthy career move of becoming an adult actor for LGBT movies after he spent around years working as a TV journalist. 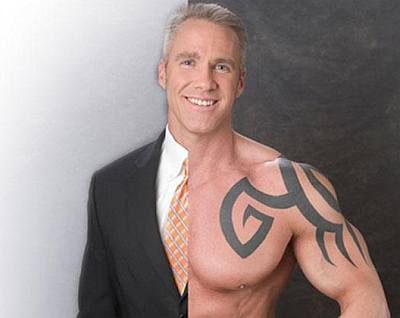 According to the New York Post, Jim Walker has “worked at several news stations across the country, including CBS affiliate KBAK in Bakersfield, Calif., FOX affiliate KBTV in Beaumont, Texas, and NBC affiliate WBBH.” After 23 years in the news business, he decided to quit because of the pressure to sensationalize the news.

“You know, I loved telling news, I loved breaking news and I loved telling good stories. But I didn’t like the continuous bulls––t that management put you through and the constant pressure to sensationalize and exaggerate what was really true just to boost ratings,” says Walker/Dallas who boasts of two Emmy nominations for his news reporting. 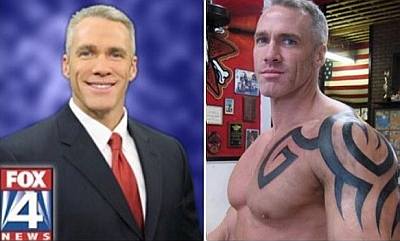 For sure, news media’s loss is adult movies’ gain. 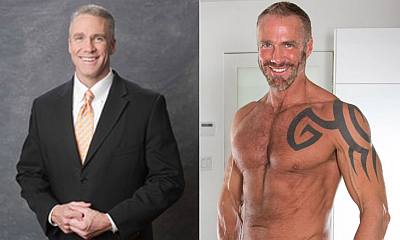 He tells us more about his days as a media man in an interview with sword.com: “I started in a radio news at 16, then transitioned to TV at 22. I worked at affiliates for all of the networks at some point. My markets included Bakersfield, CA; Beaumont, Texas; Fort Myers-Naples, FL; and Dallas, Texas. I was a reporter for 16 of those years, the main anchorman for the remainder. Contrary to popular belief, I have NEVER been a weatherman. I covered some incredibly significant events in history and interviewed every living President before or after they were in office.”

For those of you wondering what’s he’s like as a TV reporter, here’s a clip of him on the field reporting about a hurricane. Now, this may be the reason why people mistake him for a weatherman.

So how’s Dallas doing these days? Well, it looks like he is thriving in his new career. Currently, he’s got 79 acting credits under his name according to IAFD (the IMDB equivalent for adult films) and he’s got the acting range as he’s played various roles you can imagine such as a police officer: 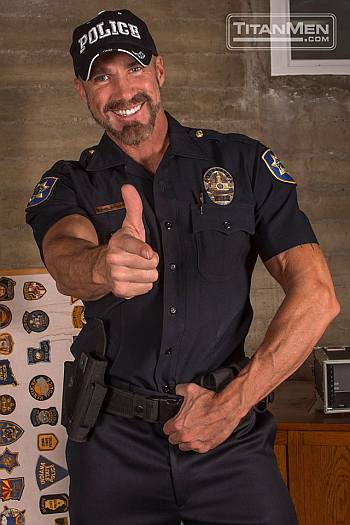 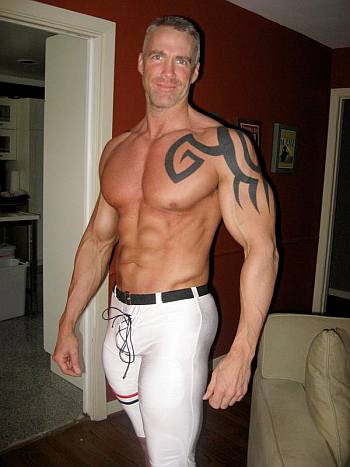 And a denim on denim model: 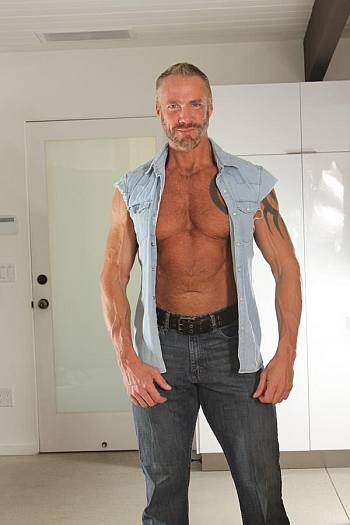 Now, does our gorgeous newsman turned actor have a boyfriend? Yes, he’s got a boyfriend/partner. 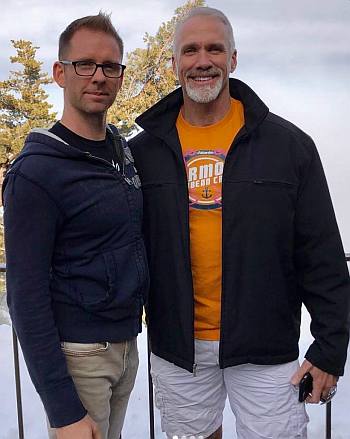 For those of you wondering, the lucky guy’s name is Taylor Bishop. 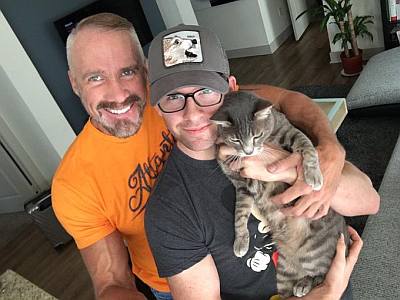 Aww, two cat lovers! Yup, our Dallas is a cat person. Though he does not dislike dogs. Here’s what he says about the matter in his Sword interview: “I like dogs, but cats are incredibly special creatures to me. I respect them because they’re not beholden to anyone. Cats do what they want, when they want, and for their own reasons. That’s how I want to live my life. I have two cats, Tango is a silver tabby, 10-years-old. Dash is a tuxedo cat, 9 months old.”