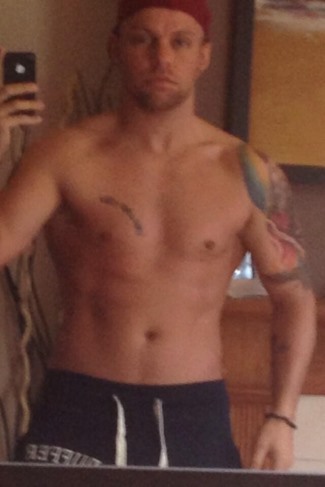 Lee Glasson: Shirtless Muscle Hunk. Of course Lee Glasson has some shirtless photos around Teh Internets and, of course, we are going to publish them here. You know we’re all about shirtlessness here on Famewatcher, right? Anyway, for those of you who don’t watch the British version of The Voice, the muscle hunk in the photo above, who kinda looks like the least famous Baldwin brother (we’re referring to you Daniel), is Lee Glasson. He is a singer from Coventry and he made it on the next round of The Voice with Kylie Minogue as his coach.

Here’s a pic of him during his audition. We said he looks like a young Daniel Baldwin in his shirtless photo above but now, in the pic and video below, he kinda reminds us of Tom Hardy [see Tom Hardy’s Underwear]. Do you agree that he resembles either Baldwin or Hardy or is it time for us to go upgrade our glasses? 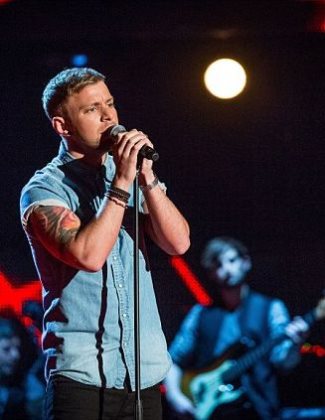 Lee’s blind audition where he impresses with a unique version of Kylie Minogue’s Can’t Get You Out of My Head. Really cool, huh.

In an interview with unrealitytv.co.uk, he tells us why he auditioned for The Voice instead of that other singing show:

With these shows, I always thought it would be something I’d never go for as I’ve always been in bands and I did’t feel that these sorts of programmes were really appropriate for what I was doing.

But, I actually watched The Voice last year and I loved it. I love the concept of the show and by the end of watching series 2, I was sort of won over by it as I think there’s a bit more artist integrity in it than any of the other shows. Some other programmes are only really for pop artists and they don’t really suit what I want to do. So, I watched the show last year and I just happened to apply online. I wasn’t certain I was going to go for it, but I put my application in and they came back to me with an audition date and up until that morning, I wasn’t going to go, but I changed my mind on the day and went down and gave it a go. The rest is history.

Okay, let’s end this post with more shirtless photos of Lee Glasson. Apparently, he used to be thin but bulked up by spending time in the gym. These photos are from his Twitter account. You can follow him at @leeglasson and help him “take over ze vorld!”. 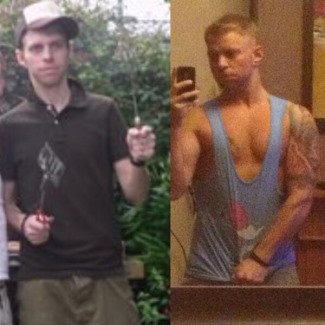 From a thin boy to a muscle hunk. 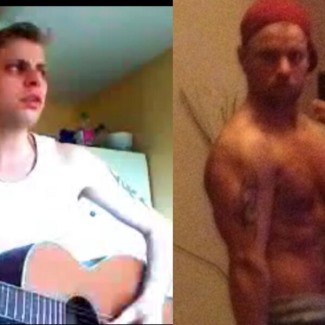 Question: Does this guy have a girlfriend? If you know the answer, do tell in the comments because inquiring minds would like to know. Muchas gracias!