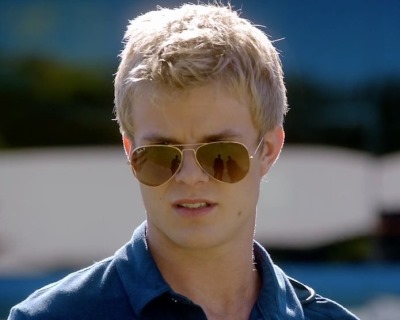 Graham is currently getting noticed for his biggest and meatiest starring role to date as an FBI trainee in Quantico. The show is currently airing its first season and, those of you who want more Graham Rogers gorgeousness on your TV will be very happy to know that Quantico has been renewed for a second season. 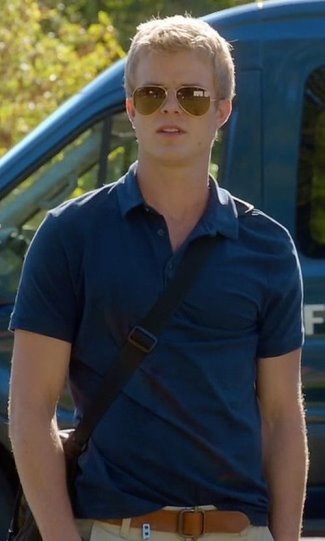 With the Quantico renewal, we should be seeing more scenes featuring a shirtless Graham Rogers like this, no? 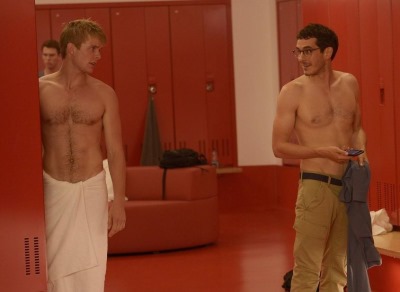 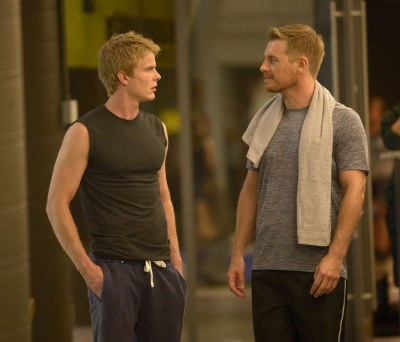 Is Graham Rogers Gay or Straight? Well, the denizens of gay-or-straight.com think that he is “highly gay”. Check out their gaydar rating for the handsome actor:

For the record, Graham is actually a straight guy. In fact, he dated Pretty Little Liars actress Lucy Hale although they eventually broke up.

Now, despite his straightness, Graham does not mind playing gay roles which he did in Struck By Lighting, the indie movie written and co-produced by Glee alumni Chris Colfer. Some details from wikipedia:

As Carson is finishing up the school paper late at night, he accidentally catches wealthy student Nicholas Forbes (Carter Jenkins) and flamboyant drama club president Scott Thomas (Graham Rogers) making out in a bathroom stall. Nicholas, horrified, begs Carson not to tell anyone since his rich family would disapprove of his homosexuality. Carson agrees on the condition that they will contribute to the paper until they both graduate.

We spent some time looking for photos or a video of Graham making out with Carter Jenkins but, sadly, we didn’t find any. This is all we found, Graham and Carter sitting on a tree: 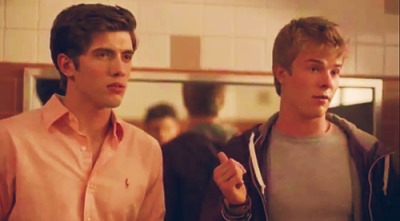 Is Graham Rogers dating anyone at the moment? If he does, he’s keeping it quiet. Or maybe he’s busy as a bee shooting for Quantico so there’s no time for him to date anyone. 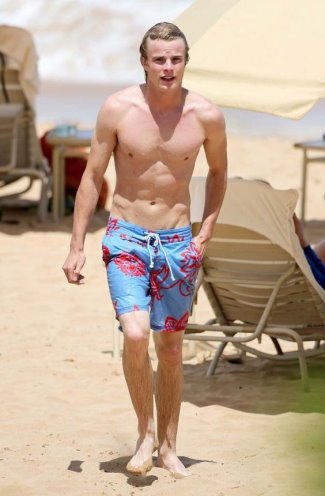 Let’s end this post with this photo of a shirtless Graham Rogers. He sure is a gorgeous young man.