Lance Bass Underwear: Boxers or Briefs? Here’s another photo which should answer your male celebrity boxer or briefs question. Apparently singer Lance Bass, seen here with her BFF Kathy Griffin, is a boxers underwear guy. So he’s like fellow singer Ricky Martin and True Blood actor Ryan Kwanten who both belong to the “boxers underwear camp”. 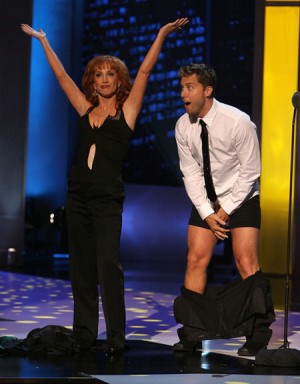 Another pic of Lance Bass and his black boxer shorts. 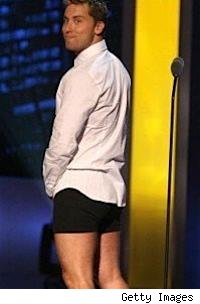 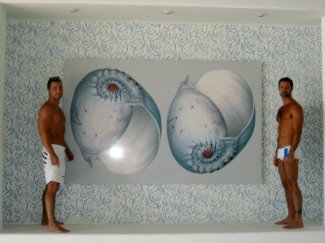 Lance Bass and Gustavo Marzolla sitting on a tree. Are they boyfriends? Are these photos of these two guys real? Well, the photos are real but we’re told that the relationship between Gustavo and Lance could be characterized more as “friends” rather than “lovers”.

Too bad, because these two look good together. 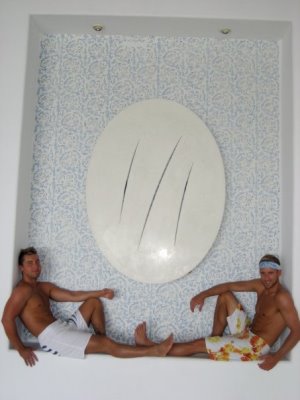 Gustavo, for those of you not yet familiar with him is a male model from the Land of Supermodels aka Brazil. He is of Italian heritage, lives in Los Angeles, and is “friends” with Lance Bass. He is nearly 6 feet tall (5’11”), weighs 165 pounds, has fabulous hazel eyes, and he rocks his short shorts. 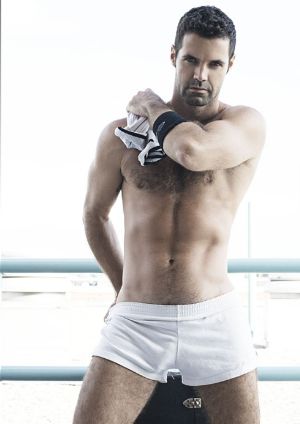 Gustavo is probably one of the few remaining male models who take pride in their hirsuteness. Good for you, Gustavo! We like hairy men too. 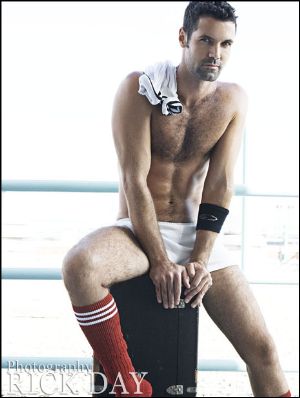 More shirtless photos of Gustavo and Lance doing their thing at the beach. 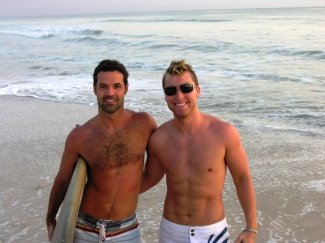 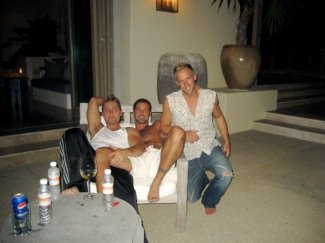 Lance Bass Shirtless Photos at the Beach
15 May 2011

Now, a lot of you are looking for Lance Bass shirtless photos so we decided to update this post to publish these pics of Lance at the beach. This is probably the most probably the most handsome picture we’ve ever seen of the former boybander. Actually, the first time we saw these pics we’re like, “Is that really Lance Bass? It doesn’t look like him at all. He’s so hunky!” 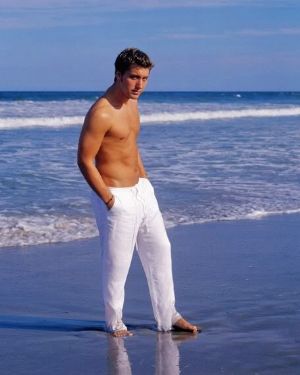 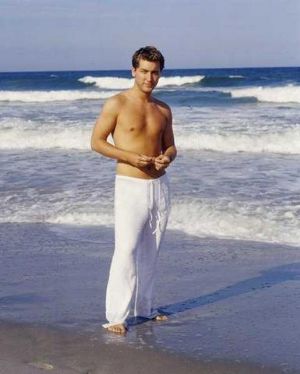 The white trousers he’s wearing is so sexy. We’re totally liking it.