Justin Bieber Leather Jacket Brand Watch Update. One of you asked us to do a post on the different brands of leather jacket that Justin Bieber wears. Instead of writing a separate entry, we decided to just update this post. We thought Justin is all about G-Star when it comes to his outfits but after doing a little search on the internet, we found out that he’s an “equal-opportunity brander”. By that, we mean he wears different brands at least when it comes to his leather jackets.

Anyhoo, today’s most famous tween celebrity was spotted wearing this fabulous black leather jacket from Topman, a British high-end menswear brand with stores not only in the U.K. but in other parts of the world as well. 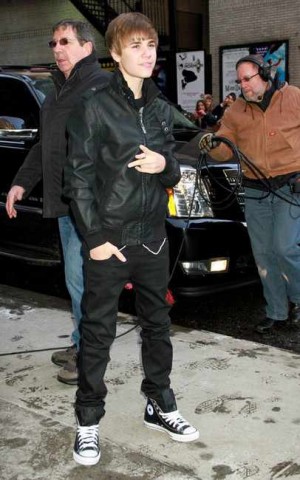 During one of his many performances as a singer, the Bieber was seen wearing this Balmain Metallic Collegiate Leather Jacket. Balmain, is a French fashion label started way back in 1945 and it is known for its “sophistication and elegance”. 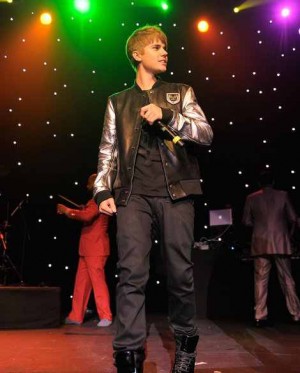 Who designed Justin’s leather jacket in the next picture below? That outfit, dear Famewatcher, is from the menswear line of Taiwanese-American fashion designer Alexander Wang. It’s called the T by Alexander Wang Ponte Leather Trim Bomber Jacket. Don’t ask us why its called that. If you’re a designer, you can name your clothes whatever you want. 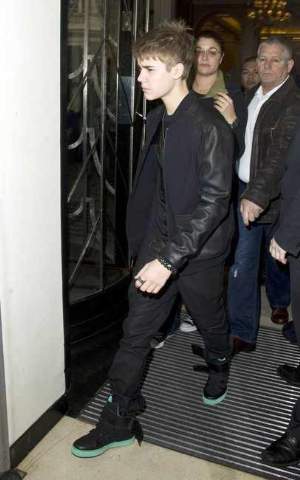 At only 27 years old, Wang has managed to establish a reputable name in the fashion world. According to wikipedia, his clothes are being sold in high end stores like Barneys NYC, Neiman Marcus, Bergdorf Goodman, Dover Street Market, Browns, Otte and Selfridges.

Okay, let’s end this post on Justin Bieber’s leather collection with this pic of the tweenstar wearing a leather jacket by the Italian fashion house, Dolce and Gabbana. 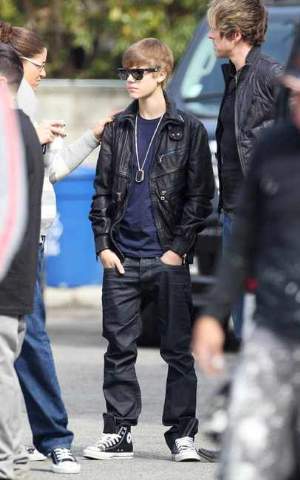 We don’t have to introduce Dolce and Gabbana to you because it’s probably one of the most popular brands out there, right? 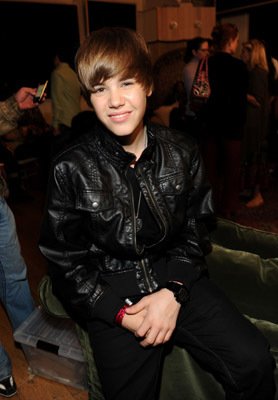 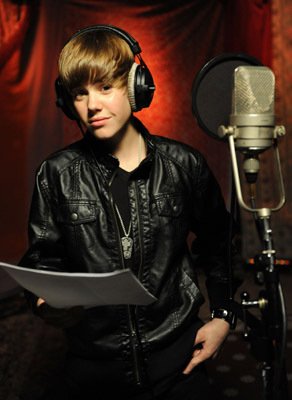