Kirk Cousins Shirtless Photo, Christian QB on Gays, Engagement. Let’s add another hunk to our list of shirtless NFL quarterbacks with the above photo of Kirk Cousins, quarterback for the Washington Redskins. 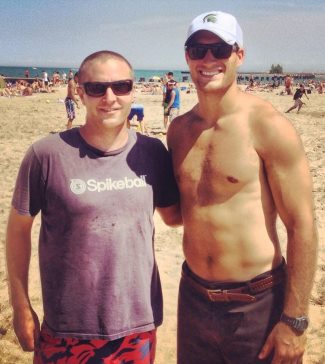 A devout Christian, our 25-year-old QB hogged the news headlines recently when, during a talk at the Northpointe Christian High School in Michigan, he shared his thoughts about having a gay teammate like Michael Sam (related: Michael Sam Shirtless).

Here’s what he said according to mlive.com: “So from a football standpoint, if the guy can help us win, come help us win. Now, there are a lot of teammates in my locker room right now who may not have a homosexual lifestyle, but they have sins, too. They’re not perfect. So I don’t say they can’t help us win. Nobody’s perfect.”

He continues: “To that degree, we’d welcome him into our locker room and say come help us win, and hopefully I can love him like Jesus and hopefully show him what it means to follow Jesus.”

Oh, Kirk, are you saying that being a homosexual per se is a sin? Come on now.

Not surprisingly, members of the the gay bloggerdom are a little pissed. Not the bolded and ALL CAPS kind of pissed but they are pissed nonetheless. For instance, here’s Jim Buzinski of outsports.com: “People like Cousins seem well-meaning and he would like to think he’s only full of love, but his assumption that homosexuality equals imperfection and sin is insulting, as is his desire to proselytize.”

Anyhoo, on another Kirk news, it might interest you to know that he got engaged to girlfriend Julie Hampton last December: 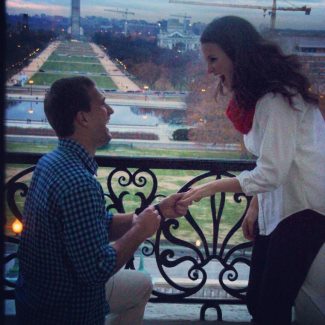 How did he plan his proposal? Here’s what he told The Washington Post: “On the way down driving the car, as we got close to the Capitol building I was holding her hand and she goes, ‘Why are your hands cold and sweaty?’ I said, I don’t know, but I knew it was because I was super nervous. I just mentioned the view, and told her how we’d gotten to know each other in this city and how we had good memories when we used to walk through the city on some of our earlier dates. I went down a knee before it got too sappy, before it got too awkward. I don’t remember exactly what she said, but she said yes. That’s all I needed to hear.”

Awww. How cute is that? Cousins told the Post that he doesn’t like a very long engagement. The twosome plan to get married this coming June.

2020 Update: We are updating this post to bring you more Kirk Cousins shirtless photos. These images are from 2017 when the coach for the Minnesota Vikings awarded him the game ball for leading the team in their victory against the Green Bay Packers. 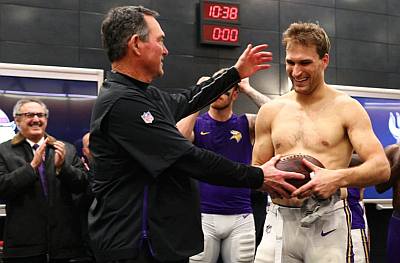 By the way, yeah, he is with the Vikings now. 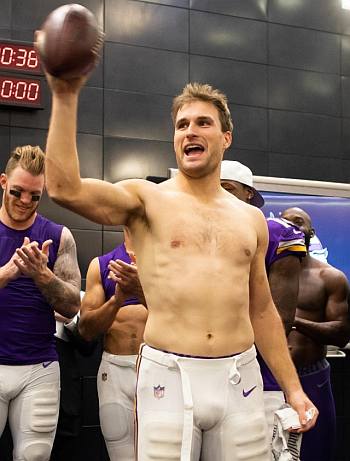 Also, he tied the knot with Julie Hampton and is now a doting father to two boys, Cooper and Turner. Based on his Instagram page (@kirkcousins), he seems to be a hands-on dad and we gotta give him a lot of props for that. Way to go, Captain Kirk.