Benedict Cumberbatch Underwear and Shirtless Photos. Eight years later, we are updating our post on Benedict Cumberbatch to bring you these images of him rocking some six pack abs. Our British hunk must have been working out to get them sculpted core, no? 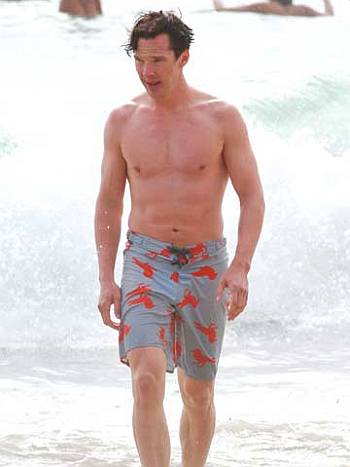 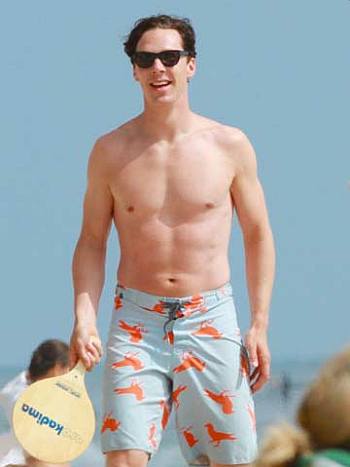 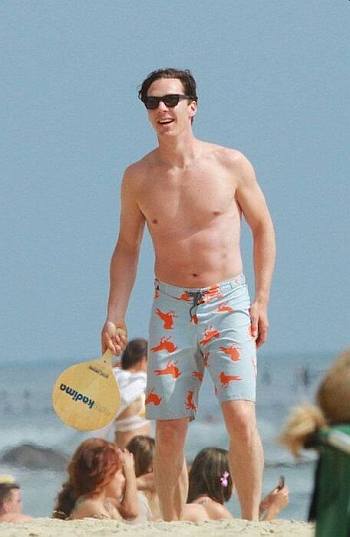 By the way, did you know he used to be a drag queen? Well, not really, but he ain’t mind putting on women’s clothes. The RuPaul booking agents should invite him to be a guest judge, no? If Joel McHale can be a judge, surely Cumberbatch can be a judge too! 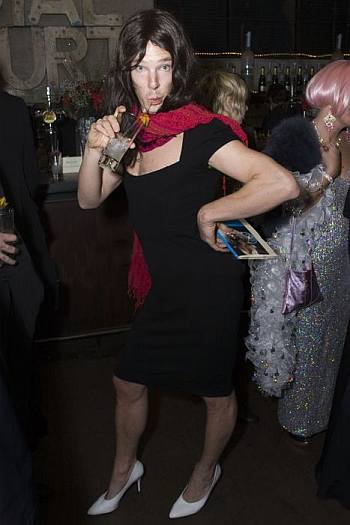 …..
Benedict Cumberbatch Underwear, Fashion Style, the Gay Question (posted 8 May 2012). Everything’s coming up roses for English actor Benedict Cumberbatch. His critically acclaimed TV show, Sherlock, is gaining popularity in the United States, he just beat David Beckham as the Sexiest Man in a poll by The Sun tabloid, and he’ll be joining Chris Pine, Zachary Quinto, and John Cho in the upcoming sequel of Star Trek.

So if you are Benedict, you have every reason to be happy and if you are a fan of the 35-year-old actor you should also be happy that his career is blooming. He may be a late bloomer but better bloom late than never, isn’t it?

Now, we’re pretty sure that some of you fellow Famewatchers are looking for pics of Benedict Cumberbatch in his undies and you’re lucky because he’s got this photos in his white boxer shorts. You’re welcome. [Want more British Men in Underwear?] 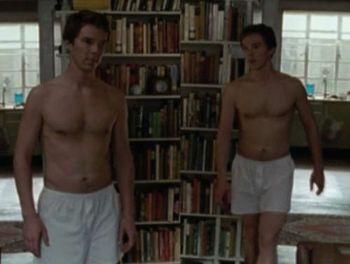 And that’s not all, here’s a photo of our BAFTA award-winning English actor wearing nothing but a damn newspaper to hide his modesty. Okay, he’s not technically wearing that paper but you know what we mean, right? 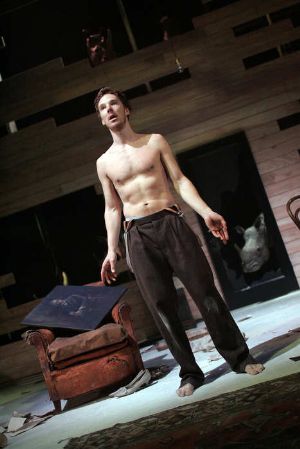 How does Benedict look in red carpet events? Well, he looks pretty snazzy if you ask us. Check him out at a recent BAFTA award looking cool in his suit. We’re loving that pair of badass looking shoes which, according to our friend Kevin, is a Louis Vuitton Butterfly Richelieu in Embroidered Fabric. 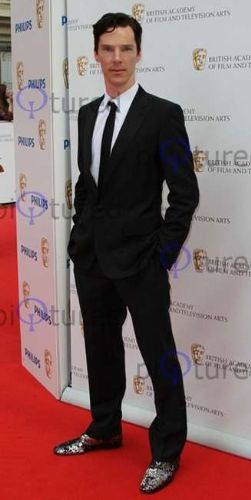 What’s the long coat he wears in his TV show, you ask? That’s a Belstaff Millford Coat. 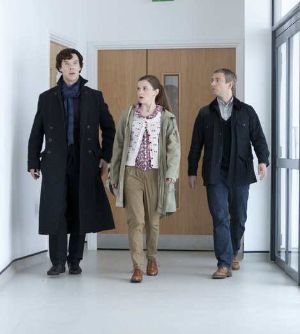 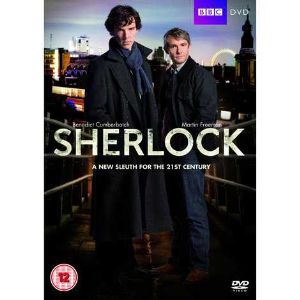 And, for those of you who are wondering, Cumberbatch’s Sherlock hat is a Jaxon Sherlock Holmes Herringbone Hat which is made of 100% wool with a satin lining.

That’s a pretty nifty hat, hah? And with that, let’s end this post on Benedict C.

Oops, we almost forgot about the “is Benedict Cumberbatch gay” which some of you are asking. We don’t think he is because he was in a long-term relationship with actress Olivia Poulet. The two broke up last year.

Cumberbatch (is this the coolest name ever?) says he is aware of the fan fiction that pairs his Sherlock with Martin’s Watson and he says he doesn’t mind it one bit. Via pinknews:

“I don’t go seeking it,” he added, “but Martin Freeman, who was an absolute luddite on the first series, suddenly came back from New Zealand… and he had this beautiful Mac with him and said, “Hey, look at this Tumblr”… And I said, “What? Tumblr? What?” He knows more about it than I do and he was showing me some of them. Some of it is really racy, un-viewable even on MTV.”

Admitting to enjoying some of the fanfiction, he said: “It’s cool… I suppose my bodily proportions are quite flattering. I’m ripped, doing something I wouldn’t normally do with my body, or having done to it, involving Watson. So that’s as far as I’ll hit about that one, but it’s all there on the web if you want to find it.”

So there you go, Cumberwatchers!