Kayvan Novak Shirtless, Wife Talitha Stone, Ethnicity. Who is this zaddy with an exquisite chest hair which makes us wish that all hairy men will neither shave their body hair nor leave them to grow like a tropical jungle but rather manscape it in the way that this guy managed to do with great success? It sure looks appealing and ups his manliness score to the nth degree. 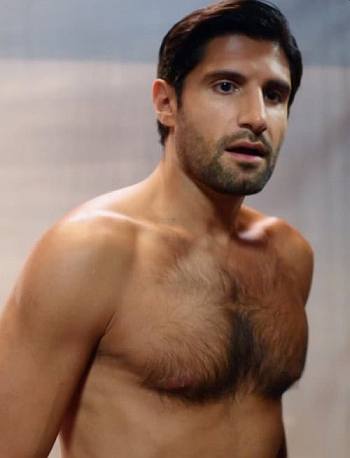 Well, clueless Famewatcher, his name is Kayvan Novak. He is a 41 year old British comedian who currently headlines the critically acclaimed FX TV horror comedy series, What We Do in the Shadows. He plays the role of Nandor the Relentless, a 757 years old vampire who was a) an Ottoman soldier who can transform into a bat, b) a basketball-lovin dude who became a U.S. citizen to represent the country in the Olympics, c) the king of a now extinct country which used to be in southern Iran, and d) many many more.

If the above description of Nandor don’t intrigue you to watch the series, we do not know what will. Oh, maybe the fact that it’s got a 95% fresh rating on Rotten Tomatoes? Or this photo of our Kayvan as Nandor? 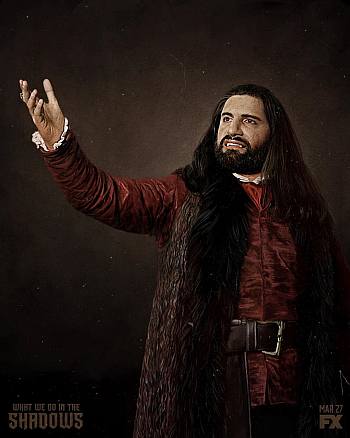 Not convinced yet to go watch What We Do in the Shadows? Well, maybe you’d rather spend your time staring at this GIF of our British zaddy? We can’t say we blame you, we find the GIFs mesmerizing too. Haha.

Kayvan Novak Ethnic Background. He is British of Iranian descent. His parents were originally from Iran but migrated to London where the actor was born. In a 2014 interview with the Daily Mail, he had this to say about his relationship with his parents and how it inspires his work:

I put my parents through mini hell with my laziness and poor grades, so I love making them laugh when they see me on television. When I work I’m always thinking, ‘Would my mother find this funny?’ The belly-laugh jokes will hit her every time.

Kayvan Novak Gay or Straight? Wife or Partner? He is straight although he gets nearly kissy kissy with a co-star on the BBC show SunTrap. 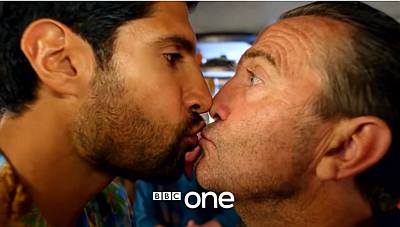 The actor is in a relationship with Talitha Stone (or Talitha Eardley). Talitha is also in the acting biz and has appeared on the TV show Emmerdale. Here’s a pic of the happy couple attending an event: 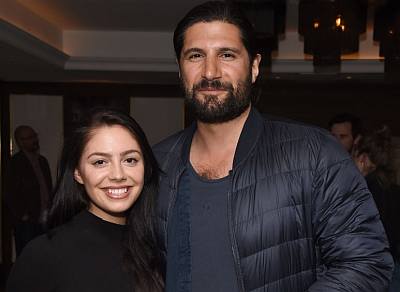