Jared Keeso Shirtless Photos. Famewatchers, meet our Crush of the Day! His name is Jared Keeso. He is 31 years old. He is a Canadian actor from Listowel, Ontario. He can rock a plaid shirt. But he looks gorgeous, gorgeous, gorgeous in a police uniform. Oh, he looks fab without his shirt too especially with his sculpted washboard abs and all. Hehe. Here’s Jared Keeso shirtless: 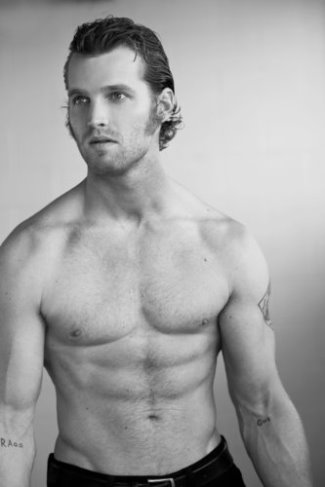 Jared is currently starring as Ben Chartier on the Bravo series, 19-2, which “revolves around the day-to-day life of two unwilling partners of the Montreal Police Department”. Here’s Jared looking handsome as heck as a Montreal cop. He won a Canadian Golden Screen Award for the role: 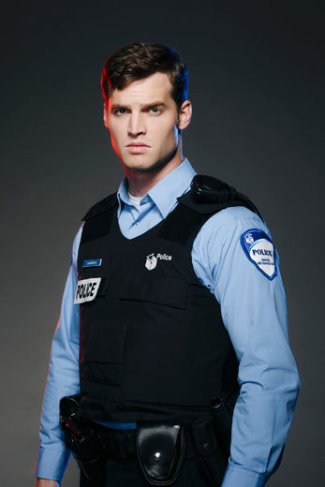 And here’s Jared, as Wayne on Letterkenny, looking cool in a jeans and plaid shirt ensemble. 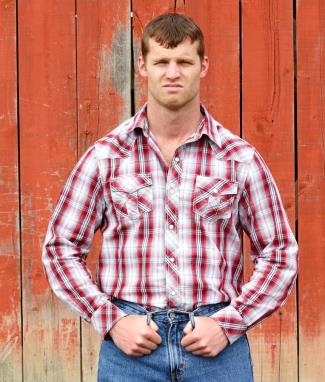 Letterkenny, which is created and produced (with Jacob Tierney) by our Jared, is about two friends living in the small fictional town of Letterkenny (loosely based on Jared’s hometown) and its hicks, skids, hockey players and Christians. The show is a hit and has been renewed for a second season. 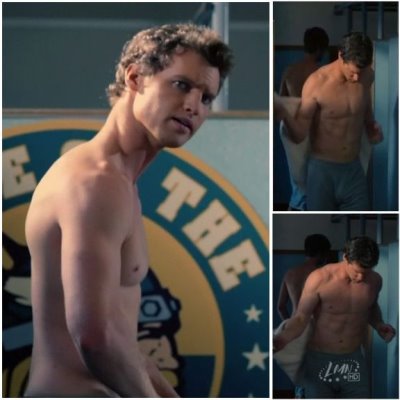 Images are from the TV show Seven Deadly Sins. Now you know the answer to the “Jared Keeso boxers or briefs underwear?” question you’ve been asking. Apparently, he is a boxer briefs kind of guy. Well, at least his character on this show is. 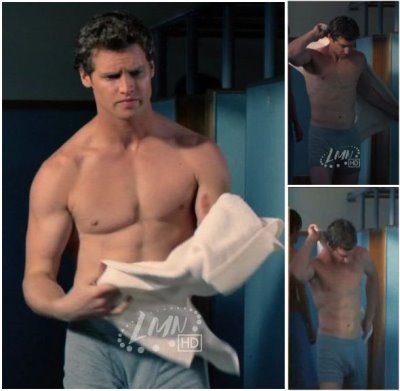 Jared Keeso Gay or Straight? Is our Canadian hunk gay or straight? Our friends at gay-or-straight.com have given him a gaydar score of 75% but we don’t think he is gay at all. Anyhoo, here’s their rating for our Jared:

Jared Keeso gaydar: According to 26 visitors Jared Keeso is 75% gay. The average gay-rating on gay-or-straight.com is 69%, which means Jared Keeso has been voted highly gay.

Jared did play the role of a gay man, in the mystery thriller Shock to the System, whose in-denial mom placed him in a conversion therapy clinic.

Jared Keeso Girlfriend? Does he have a special girl at the moment? Is he dating? Or is he still looking? Well, we don’t know the answer to these relationship Qs but we will give you an update once we find out the answers.

2020 Update: As promised, we are updating this post to give an update on Jared’s relationship status. As of July 2018, he is a married dude having tied the knot with then-girlfriend and now-wife Magali Brunelle Keeso. Here’s a pic from their wedding day: 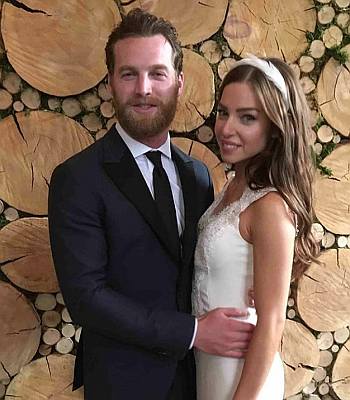