Hot French Men in Speedo: Alain Bernard. Olympic champion swimmer Alain Bernard in his square-cut Speedo swim trunks. How would you rate his hotness? Very hot, ultra hot, or duh? To us, anyone who sets a world record, as Alain Bernard did, is ultra-hot. Hehe. 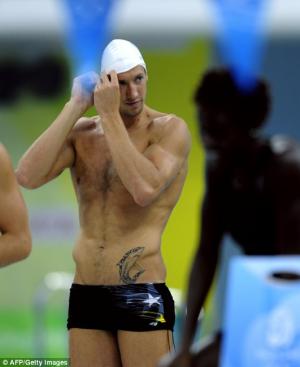 Want more guys in swimsuits? Check out our post on Men in Arena Swimwear. 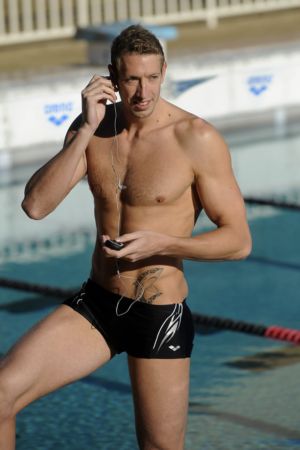 …..
Men in Speedo: Alain Bernard, World Swimming Record Holder. Aside from Frederick Bosquet, another French swimmer made a big splash in the world of swimming when he set a new world record in the 100 meter freestyle. However, his record may not enter the record books as he was using a swimsuit that’s still to be approved by the swimming governing body. 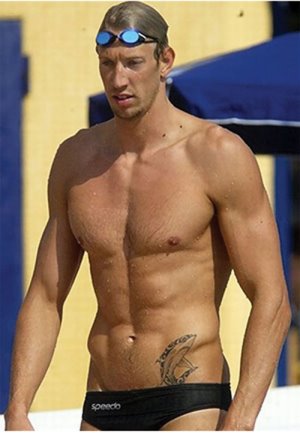 From the Guardian: “France’s Alain Bernard clocked a world record for the 100 metres freestyle in 46.94 seconds in the semi-finals of the French swimming championships on Thursday. Olympic champion Bernard became the first man to break the 47-second barrier for the blue-riband event, beating the previous record of 47.05 seconds set by Australian Eamon Sullivan in the semi-finals at last year’s Beijing Games.”

…..
Hot French Men in Swimsuit: Frederick Bousquet: World Swimming Record (27 April 2009). French swimmer Frederick Bousquet, famous for posing au naturale in the internets can put his internet scandal behind him. Henceforth, Frederick will be known as the 50 meter freestyle world record holder as well as the first swimmer to break the 21-second barrier.

The AFP reports: “France’s Frederick Bousquet set a new world 50-metre freestyle record on Sunday, setting a time of 20.94 seconds and becoming the first man to break the 21-second barrier. Bousquet, a silver medallist at the Beijing Olympics in the 4x100m relay, smashed the previous record of 21.28 seconds set by Australia’s Eamon Sullivan in March 2008 in Sydney.”

Says Alain of his world record achievement: “I had thought about this time all season. When I touched the wall, I thought about all the work I have done over the years and I was already thinking about Rome (the venue for this year’s world championships).”

Here are some photos of Alain for those of you looking for hot French men in swimsuits. 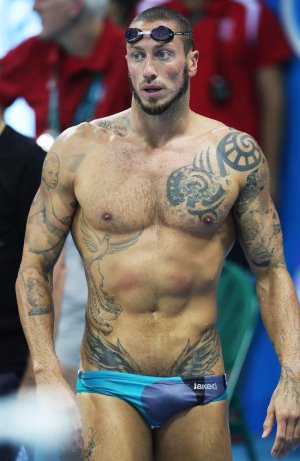 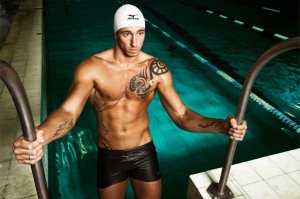