Men in Arena Swimwear: Sexy Olympians, Models, Alexander Popov, and Stephane Debaere. Although we often refer to swimsuits as Speedos, it is important to remember that Speedo is not the only swimsuit brand out there and that there are actually other brands that, though less famously known, are just as good, as sexy, and as cool as Speedos.

One of said brands would be Arena swimwear which, according to wikipedia, was actually created by Adidas France but is now a totally independent company headquartered in Italy. Anyhoo here’s an advert featuring a handsome redhead with the reddest head we’ve seen in a while. 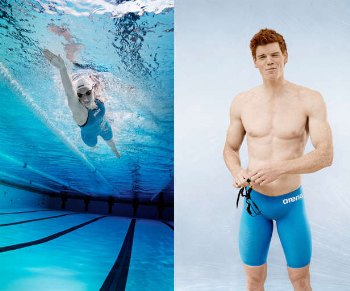 Like Speedo and other competitive swimwear brands, Arena has a stable of sponsored swimmers some of whom we’ve already met in the past. Remember Brazilian swimmer Cesar Cielo? Turns out that the world swimming champion is an Arena endorser, so we’re mistaken when we mentioned that he wears Speedo. Here’s Cesar in his Arena swimtrunks: 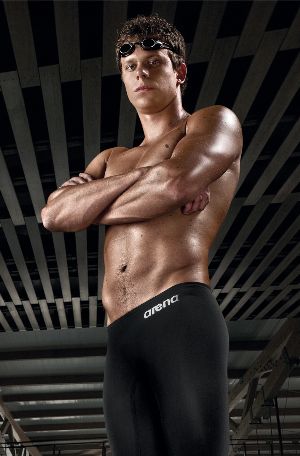 Another Olympic great who wears Arena in the swimming pool is the United States’ Aaron Peirsol who we’ve earlier mentioned in our post about Nike Swimwear for Men. You’re looking good Aaron, although you’re looking too serious. Hehe. 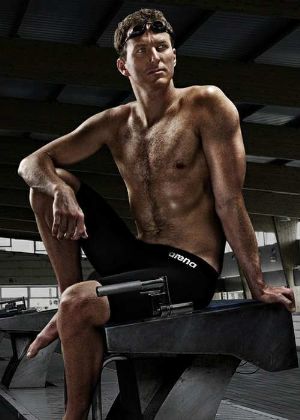 Russia’s Alexander Popov, one of the greatest pool sprinters of all time, also wore Arena swimsuits during his competitive days. Check him out in the pic below from the 2004 Athens Olympic Games, his last Olympic participation when he was at the ripe old age (for a swimmer) of 32 years old. He failed to medal in Athens but he boasts a total of four Olympic golds from previous Games as well as six gold medals from the World Swimming Championships. He had a great run, for sure. 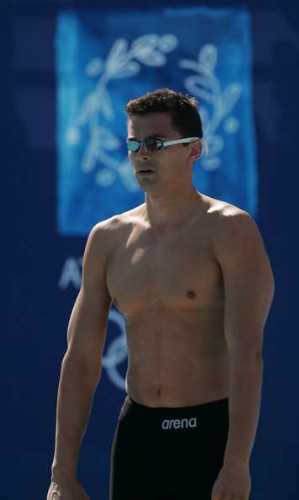 Now, other active Olympic swimmers who wear Arena swimsuit include: Chad Le Clos of South Africa, Eric Shanteau of the United States, Milorad Cavic of Serbia (we included him in our list of Hot Serbian Men), the Hungarian water polo team, and Stephane Debaere of France/Tahiti. Check them out in the photos below: 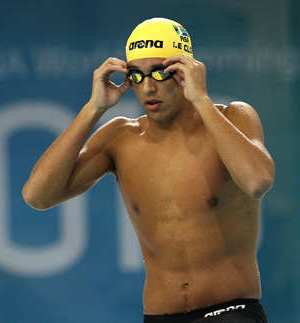 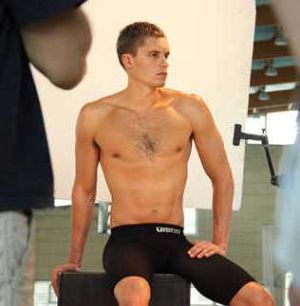 And, last but not the least, the beautiful Stephane Debaere.

So do you have a favorite among this men in Arena swimwear? We must admit that we were encouraged to write this post when we came across the above photo of Stephane. Damn, ain’t he hot! We’re calling him our imaginary swimming boyfriend just because.