USA Today tells us more about Hiroyuki’s role in Extant: “Clearly, actor Hiroyuki Sanada, 53, excels at being a man of mystery, although TV audiences will recognize him from a variety of roles. On the final season of Lost, he played the enigmatic Dogen, a leader of “The Others.” On Revenge, he was Emily Thorne’s hard-to-unravel mentor, Kiyoshi Takeda. And, on Syfy’s Helix, he played a shrouded-in-mystery researcher.”

Sanada says of his role:”I’m a little mysterious again in Extant.I play a rich man and former scientist trying to build a big space project company.”

The other big Hiroyuki news is that he will be co-starring with Gandalf the Grey in a Sherlock Holmes movie. From deadline.com: “47 Ronin and The Wolverine star Hiroyuki Sanada has been tapped to join Ian McKellen in A Slight Trick of the Mind, the drama about an aging Sherlock Holmes that Bill Condon is directing this summer in London. Sanada will play Umezaki, a Prickly Ash plant enthusiast who Holmes (McKellen) visits in Japan. He joins McKellen and Laura Linney as Holmes’ housekeeper, who with her young son is regaled with the tale of the unsolved mystery that ended Holmes’ career.”

Young Hiroyuki Sanada Shirtless Photos. Oh wait, you like these news updates about Hiroyuki but are really more interested in seeing his shirtless photos? Okay, then. Consider your wish fulfilled. Here are some shirtless pics of our Japanese hunk from his movies back in the 1980s when he was still in his 20s. 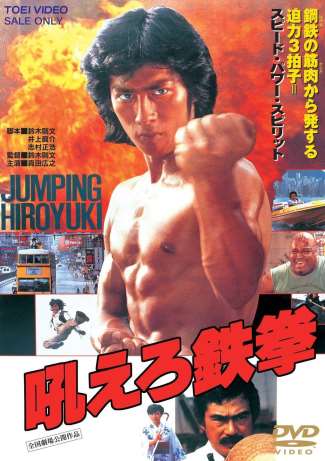 Another shirtless Hiro in the 1980 movie, Bugeicho-Momochi Sandayu (Shogun’s Ninja). 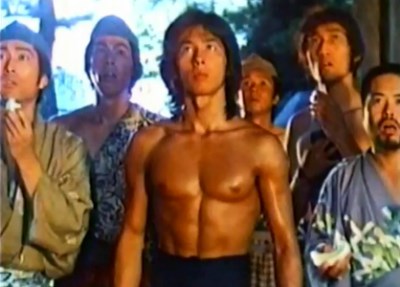 This one’s also from Shogun’s Ninja. 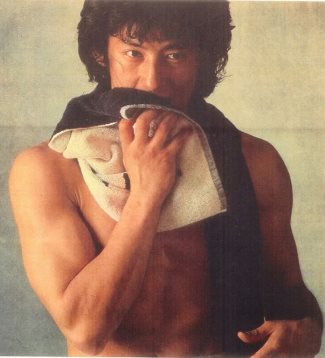 Hiroyuki Sanada Relationship Status: Does Hiroyuki have a girlfriend? Is he dating anyone? Or is he married?

The answer to the above questions? We honestly don’t know. His wiki profile tells us that, from 1990 to 1997, he was married to actress Satomi Tezuka with whom he has two children. Meanwhile, Japan Zone tells us that he “has earned quite a reputation as a playboy, notably having an affair with actress Suzuki Riona, 15 years younger”. Lastly, whosdatedwho.com does not list anyone in his relationship profile. Our guess is that he is enjoying the blessings of being rich and single. Haha.