Goran Visnjic Hollywood Career Update: Aside from Hiroyuki Sanada, another foreign-born actor joining Halle Berry’s sci-fi TV series is Croatian actor Goran Visnjic. Like his Japanese counterpart, he’s been acting in his home country before he flew to L.A. in hopes of making it to Hollywood. Things have gone pretty good for him in the land of dreams. He bagged several TV projects the most prestigious of which would be his 10-year gig as Dr. Luka Kovač in the multi-awarded medical drama ER. He also co-starred in several movies one of which is a Famewatcher favorite (i.e., The Girl With the Dragon Tattoo). And now he is TV-married to the gorgeous Halle Berry in a show that’s getting good reviews from critics.

In a recent interview with Laura Kane of the Canadian Press, Goran tells us what prompted him to get involved with extant:

Reading the script, it’s really interesting, and then you have the people involved like Steven Spielberg and Halle Barry, it makes it pretty much a no-brainer decision.

And what can he say about his Oscar-winning A-Lister co-star:

She’s one of those actresses who is not afraid of going places. She’s going to explore, she’s going to do unusual things and she’s not going to be ashamed or embarrassed of doing something not seen before.

Sometimes actresses, they don’t want to look bad on screen. They’re worried about makeup or effects because they’re not going to look good … That’s not the case with Halle. She obviously knows she’s beautiful, so she can afford that. It’s really nice to see there is no restriction in her performance.

Shirtless Goran Visnjic: You know you made it in Hollywood when a) there are paparazzi taking your shirtless photos while you’re on vacation and b) when enthusiastic superfans make x-rated photoshops of you. By these measures, these is no doubt that the Croatian actor made it in Hollywood. 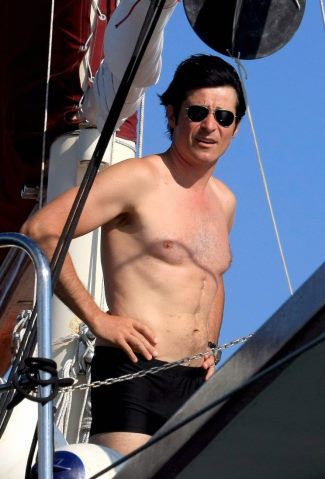 Is he wearing boxer briefs underwear? It looks more like a squarecut swimsuit, no? 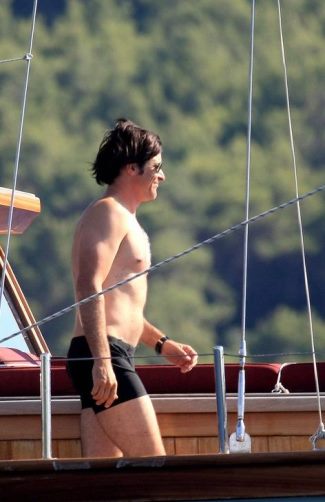 A photoshopped image of our Croatian hunk which we had to crop or else it will shock our grandmama. Hehe.

Doesn’t he look good wearing loincloth in Spartacus? He reminds us of these guys wearing fundoshi Japanese underwear. 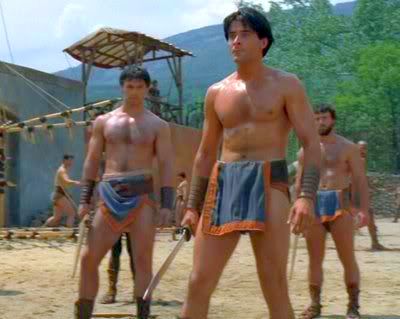 Goran Visnjic Relationship Status: Does he have a wife or girlfriend or significant other? Yes he is presently married to Ivana Višnjić (since 1999). The couple have four kids Tin, Lana, Vivien, and Vigo.