Hamish Macdonald Shirtless, Underwear, Boyfriend. As if we need more proof that Australian men are, of all the men in the world, the most comfortable when it comes to walking around in their underwear, here’s broadcast journalist Hamish Macdonald proving the point.

There are tons of questions we’d like to ask Hamish while we ogle at these photos. Of course, the obvious one is, why is he in his underwear? Is he doing a live on-air report? But where is his microphone?

As a member of the LGBT family, why did he not trim his body hair? Is he an otter? Was he deliberate in picking  white briefs to wear that morning? Did Calvin Klein thank him for wearing their brand? 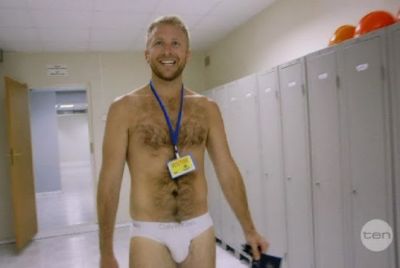 And, finally, why do Aussies seem to prefer wearing skimpy briefs over the more modest boxer briefs or boxer shorts. Hehe. Questions. Questions. 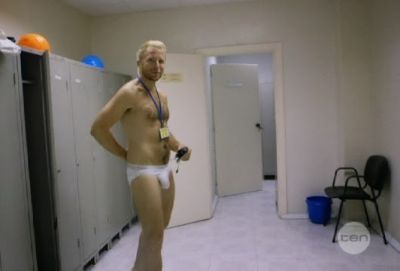 Anyhoo, for those of you not familiar with Hamish, he is — as earlier mentioned above — a broadcast journalist who worked for several TV organizations such as Australian networks Seven, Nine, and Ten. He also had stints with Channel 4, ITV, Al Jazeera English as well as Good Morning America (on ABC) where he was an international correspondent.

Currently, Hamish currently hosts the Q+A, an Australian television panel discussion program which airs on ABC. He only got the hosting gig early this year and has received really good reviews. The Sydney Morning Herald called him a “superstar in an open-collared shirt” and GQ Australia says that Macdonald has proven himself as the man to lead the youth into the next decade of political debate.

Hamish Macdonald Boyfriend. Hamish came out of the closet last year and, according to wikipedia, is in a relationship with boyfriend Jacob Fitzroy. Our attempt to find out more about Hamish’s beau has proven to be futile but here’s a photo of the lovebirds attending the 2019 GQ Australia Gentlemen’s Ball. 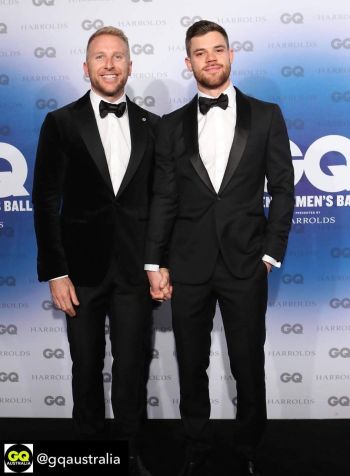 Awww. You look good together, you two!