Blake Skjellerup Boyfriend – Fiance Update: Look who’s got himself a boyfriend? It’s our gay Kiwi speed-skater Blake Skjellerup. That’s his beau, stylist Saul Carrasco, in the photo above. The two are planning to tie the knot sometime next year in the tropical paradise of Hawaii.

Can you imagine how times have changed for the better? Five years ago, Blake was hiding his sexuality because he’s afraid of the repercussions in case people got to find out that he is gay. A year later, he’s one of the few brave athletes to come out of the closet. Five years later, he is now happily engaged to a man and folks are supportive and accepting. Yay for Equality! Good luck to you lovebirds. 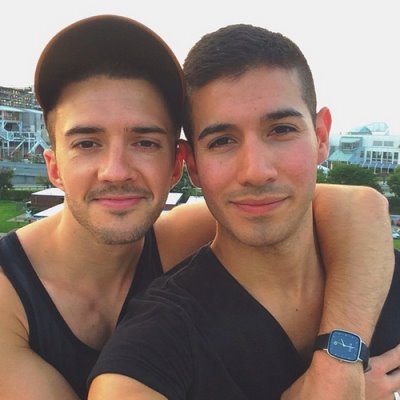 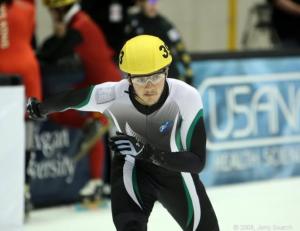 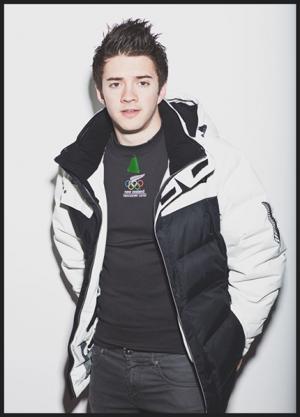 He’s a Kiwi, in case you are wondering. 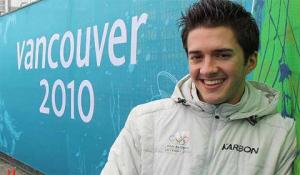 Blake’s coming out story from Outsports:
New Zealand short track speed skater Blake Skjellerup, who competed in the Vancouver Olympics, has come out as gay in an interview with writer Lee Suckling in the Australian magazine DNA (disclosure: I am quoted in the article). Skjellerup says that he walked around Vancouver during the Games hand in hand with his boyfriend and also visited PRIDE House, the gay meeting place at Whistler.

I was a bit shocked that I was the first competing gay athlete from these Olympics to visit, especially since I wasn’t able to make it there (owing to scheduling conflicts) until after I had finished competing. But it was great to see such a thing. If I had felt like I needed a space to be myself away from the Olympic village, it would have been there. I hope the idea can grow from Olympics to Olympics.

Skjellerup, 24, was New Zealand’s only short track speed skater, a super fast-paced sport that can sometimes resemble roller derby on ice. He did not medal, with his best finish being qualifying for the quarterfinals in the 10,000 meters. He has spent the last 18 months at a training program in Calgary for skaters with immense potential but limited facilities at their home countries.