Gay Hockey Players List: College and Pro Athletes. Unlike other sports such as rugby and American football, the world of hockey still has to see a gay professional hockey player come out of the closet. This, of course, does not mean that there aren’t any gay hockey players.

Anyhoo, we made a list hockey players who are out of the closet. Granted they’re just a handful but we won’t be surprised if more gay hockey players – inspired by these pioneers – will come out in the future.

Jon Lee Olsen. This Danish hockey player, who plays for the Rungsted Seier Capital as well as the Danish national team, came out last month during an interview with a news program. He revealed during the interview that his teammates have been supportive when he came out earlier to them.

Via out.com: “They wrote that they had great respect for the fact that I dared to say it, and that I was still just me,” he told Go’ aften, adding that it’s actually made the group even closer: “I think there is more openness among us now. Now we can talk freely about the same things from everyday life — without a filter.” 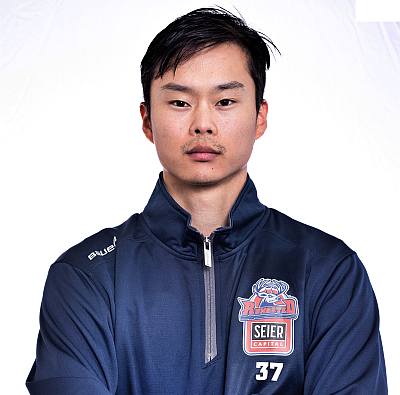 Janne Puhakka is a Finnish hockey player who played for professional hockey teams Espoo Blue and Espoo United. He was also a member of the under-18 national team which won the bronze medal at the Under 18 World Championships in 2013. According to the Finnish newspaper Helsinging Sanomat, Janne is the first ice hockey player in the Finnish Championship League to come out. Apparently, he planned to come out when he was playing professionally but the anti-gay jokes he heard in the locker room and worries about his job security as a hockey player prompted him not to. 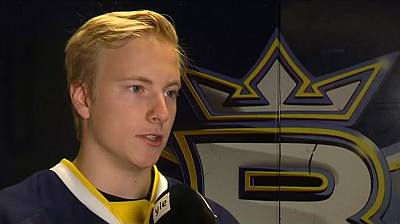 Here’s what he says about his coming out: “It would be ideal if I didn’t have to talk about this. But as long as people are silent on the subject, we must speak up. But I wasn’t good enough to have complete security in my job. That brought uncertainty. I’m sure other players fear the issue because of their jobs, as well. The hockey world is somehow lagging behind. We wouldn’t have to go through all this if everyone could be themselves in the locker room. I’m glad if even one junior or professional player finds something positive in this interview.”

Props to you, Janne! We are with you in the hope that your story will encourage other gay hockey players to be themselves whether in or outside the game.

Brendan Burke was a college hockey player and student manager for the Miami (Ohio) University hockey team who’s been described by writer Nicholas J. Cotsonika as “the closest person to the NHL ever to come out publicly and say that he is gay”.

His coming out in 2009 created quite a stir in the hockey world as his father, Brian Burke, is the general manager of the Toronto Maple Leafs and of the US Olympic hockey team.

Brendan’s coming out was supported by his family and he told the Toronto Star that “the reaction from the press and fans and everyone has been overwhelmingly positive”.

Sadly, Brendan died in a vehicular accident in February 2010. His family continues to work to end homophobia in hockey. 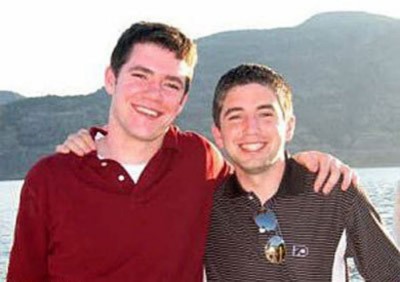 Brendan, on the left, with kid brother Patrick Burke who now heads the NHL Department of Player Safety and co-founder of the You Can Play Project which seeks to eliminate “homophobic culture found in some corners of hockey”.

Brock McGillis, who once played for the Ontario Hockey League, came out as gay in a November 2016 article on Yahoo Sports. Photo of Brock courtesy of tafarianthony.com. 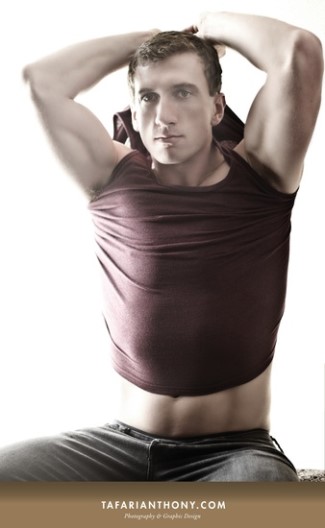 Here’s what Brock wrote in his Yahoo coming-out article: “I was gay, but couldn’t share my secret with anyone. I trusted no one. I felt hollow inside. It started to manifest in my play and I was constantly injured. Playing hockey was where I always felt the most joy. As a kid I would skate 12 times a week. I was the boy whose parents would show up to the rink with dinner because I wouldn’t leave. The boy who would walk with his equipment to the arena down the street hoping a team was short a goalie for practice so I could skate. By the time I realized I was gay it had become my lone sanctuary; it allowed me to escape my thoughts and fears.”

Voight Demeester is a college student and a member of the Penn State University hockey team. Here’s what he wrote about the reaction of his teammates when he came out to them (via outsports.com): “The overwhelming support I received from my team blew me away. It could not have gone any better. The freshmen hadn’t received my text, and I was worried about how they were going to take it. But as the year went on one by one they found out and as they did they came to me letting me know how proud they were and they had my back.” 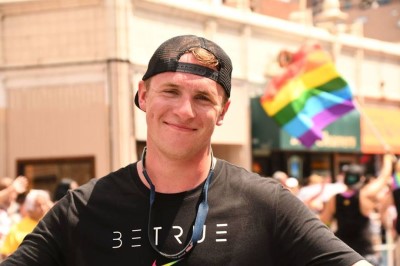 Peter Karlsson, who played defence for the Swedish hockey club VIK Västerås HK from was reported to be the victim of a gay hate crime. He was murdered by a skinhead who claimed that he killed Peter after hockey player “put his arm around him and suggested that they should have s*x” [source].