Jamie Campbell Bower Gay or Girlfriend, Counterfeit Underwear Photos. When the Lord Almighty was showering gifts to the human race, Jamie Campbell Bower must have caught lots of it because damn ain’t the guy blessed. He’s got the looks, he’s got the acting talent, he looks good with long hair and, boy, did you know that he can also sing? 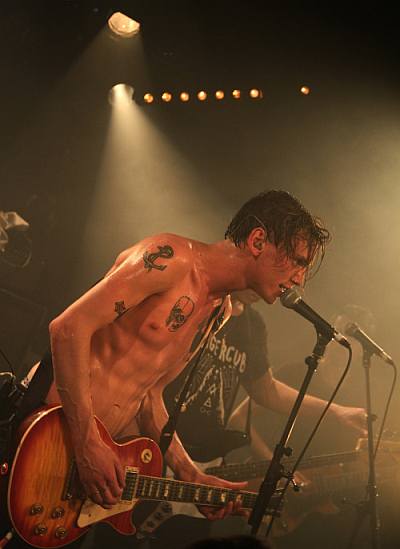 Apparently, the British hottie is a guitarist and the lead vocalist for a punk rock band called Counterfeit which won the Best Live Act award at the 2017 AIM Independent Music Awards. Here’s another photo of him performing at a rock concert: 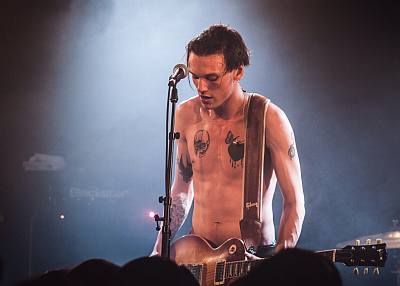 Jamie Campbell Bower Gay or Straight? He is straight and perhaps you can say that he is very much a ladies’ man. However, he ain’t beyond getting intimate with dudes. Check him out posing totally nekkid (we cropped it to not show the naughty bits) with fellow musician Gabriel dudes. 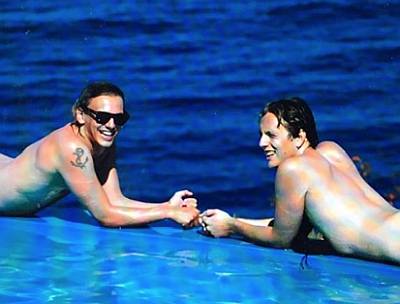 And here’s our Jamie getting kissy-kissy with a friend. 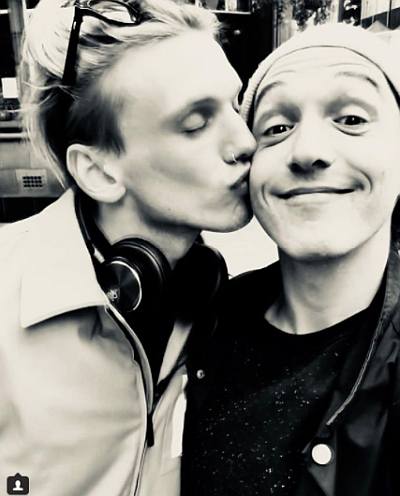 He shared the above pic on his Instagram (follow him @bowerjamie) with the following message: “We lived together when I was 18. (I say “lived” I crashed on his couch for way longer than I should have). I took him to Paris once for a romantic weekend break which was more about how much wine and cheese we could consume. He’s probably as crazy as me. He’s a good man, a good friend and yesterday he bought me a salad. #saladmates #ioweyouasalad #threetimessalady”

Props to Jamie for staying close to his friends before he got famous!

Jamie Campbell Bower Girlfriend or Wife? Is he single or married? He is not married but we he is reportedly dating Ruby Quilter. His previous relationships include Bonnie Wright (to whom he was engaged with but they amicably broke off their engagement), Olivia Hann, Lily Collins, Zoe Graham, Matilda Lowther. Here’s Jamie and Ruby on the red carpet: 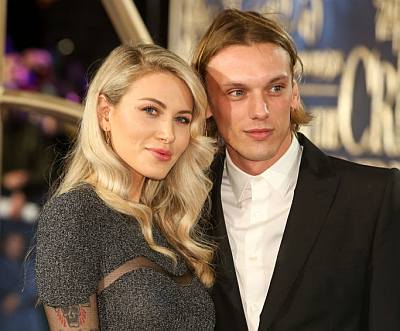 Jamie Campbell Bower Underwear: Boxers or Briefs? Apparently, as you can see in the GIFs below, he prefers to wear boxer briefs. The GIFs are from a concert where he delighted his lady fans (and some non-ladies) by dropping his trousers.

He said: “There you go, I made a f*ckin promise. I should probably just play in my underpants now.” Unfortunately, he decided to pull up his jeans before he proceeding with the concert. Want more male celebrity underwear?