Sam Claflin Underwear and Shirtless Photos: Finnick Odair Fan Pic and More. What does Sam Claflin look like in his … 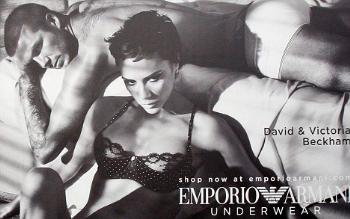 These photos of David Beckham in his Emporio Armani boxer briefs have been in the internetz since, like, forever so we’re kinda late in publishing them but as our wise grandma would say, “Tis better late than never, Pim. Tis better late than never”. Actually, we’re posting these photos because some of you were looking for “famous men with big bulge” and the first person that came to mind is David Beckham. Maybe some of you know of other famous men who would qualify?