Yeah, yeah we know we’re late blogging about this but raising public awareness on male cancer is an ongoing battle so this remains relevant. Right? Right! We’re gonna bop you if you’re going to say that you’re more interested in Ben’s and Jason’s boxers underwear. Seriously! 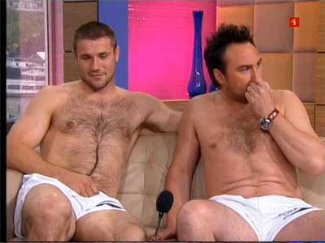 Who says boxer shorts are not sexy? Certainly not Ben and Jason. In fact, there is a classic sexiness to white boxer shorts. Right? 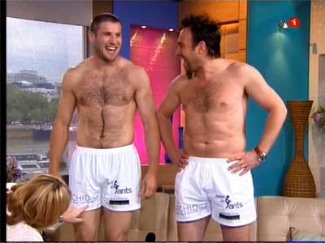 Props to these guys for using their fame to promote public awareness for something important. May their campaigns and projects be successful. 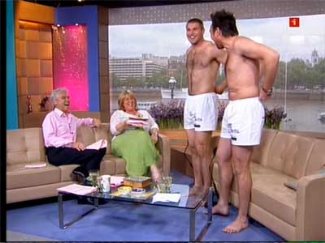 Here’s the video version of the photos we uploaded earlier. Message to all men whether young or old: get yourself tested for cancer. Apparently, testicular, penile, and prostate cancer are more common than we think they are.

Ben Cohen and Jason Cundy as Underwear Buddies Against Cancer. We decided to update this post after we came across these photos of Ben and Jason in their boxer shorts. As you can see, the images are much better than the TV screencaps we published years ago. 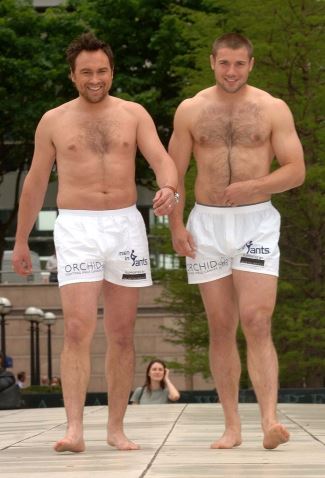 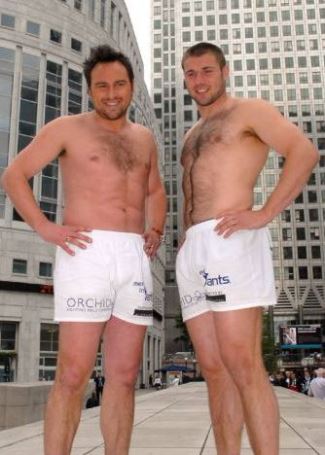 Hmmm, do you think these guys are still hairy and unshaved? Are we the only ones hoping that they kept themselves natural and didn’t resort to some male body waxing?