Dolce Gabbana Long Johns Underwear For Men. If you think we’re done blogging about men in long johns underwear, well you’re mistaken because we will continue to blog about the subject so long as there are images of gorgeous guys rocking their long johns thermal undies. You know, like these Dolce and Gabbana male models ruling the runway: 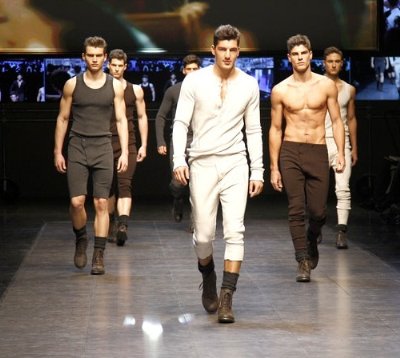 Who’s the sexiest of them all? The shirtless one or the one in all-white?

UPDATE: Is the Longjohns Making a Revival? (05 May 2011). Interestingly, the New York Times has a story about what it calls the “comeback” of longjohns. We’re like, “What comeback is the NYT talking about?”

Longjohns never became passe’ did it? It isn’t like your flared bellbottom jeans which disappeared after the 70s. No, longjohns have always been there in our closet and they’ve always kept us warm during freezing winter nights. It’s an essential clothing in a world where people have to fight the cold three to four months in a given year.

But then, maybe its just us. Maybe we’re just old-fashioned long-johns-wearing clueless fashion “victims”. So let’s take it from you. Do you wear this kind of underwear? How long have you been a longjohns user? If you own at least a pair, then you agree that The Longjohn has always been “in” fashion and that it needs no Comebacks because only Has-Beens have comebacks, right? 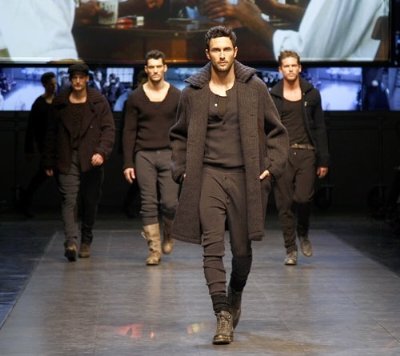 Or do you agree with the New York Times that this kind of garment is only staging a revival now? And that it’s only because of this “comeback” that you feel comfortable buying a pair of longjohns without feeling that you have to explain yourself or that you have to make a joke with the cashier about being a lumberjack in the 1800s? 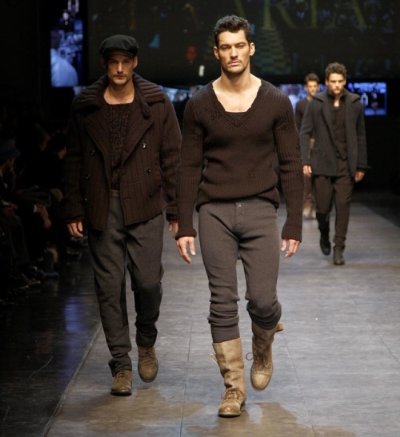 So what’s your take? Do share your thoughts on the “everlastingness” or the “eternalibility” of longjohns in the comments.