How To Wear Long Johns Underwear? We were surfing the interwebs when we came across this question. Initially, we thought that the guy who asked it was being cheeky but, on second thought, we think it is actually a valid question that some of us may have wondered about at some point.

We guess you can wear your thermal undies whichever way you want or whatever is comfortable for you. But to answer the question, we wear them on their own, i.e., without other undies. It’s hotter that way :-)

What about you, how do you wear your long johns underwear?

How To Wear Long Johns Underwear Update: What are our internet friends saying on the subject? Probably the most straight-to-the-point answer is this one: “You don’t need underwear under your underwear. Unless you’re wearing them as outerwear : )” 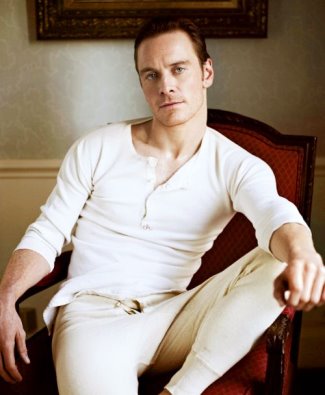 Yes, indeed! Considering how its becoming a trend these days to use your underwear as an outerwear then it does make sense to put on a pair of boxers or briefs under your long johns if you plan to go shopping (haha, please don’t go shopping in your long johns).

Then of course there’s the matter about the weather when temperature drops and you need more layers of clothing even if you’re at home.

Here’s a helpful answer from a Yahoo Answers! denizen: “Long johns can be worn with or without (boxer) briefs underneath. If the weather is very cold, a double layer would be a good idea. Otherwise, it depends on whether you want more support – long johns don’t give much scrotal support.”

By the way, while we are on the subject of wearing long johns to public places, did you know that the Korean government has encouraged its citizens to wear long johns when they go to work? In this case however, the garment is still to be used as underwear and not as an outerwear.

Because of a cold wave which sent energy consumption soaring, the Korean government wanted to conserve energy by banning personal heaters and by encouraging its employees to use long johns to work to keep themselves warm.

From a CNN report: “‘The government has rolled up its sleeves and called for nationwide efforts to conserve energy,’ the statement said. While rolling up its sleeves, it’s also banning personal heaters and advising employees to put on extra clothing. ‘Officials working at (public organizations) are not allowed to use individual heaters during working hours, but instead are advised to wear long johns,’ the ministry statement said.”

Sometimes, the government has to do what it’s got to do.