Is David Beckham Gay or Straight? A Decade Later Update. We wrote this post back in May 2009 and we decided to do an update to see how our David is doing in the gay front. Well, over the past years, he continued to be supportive of the LGBT community. He posted a rainbow flag in his Facebook page back in 2014 and wrote a message that reads: “Great to see people celebrating around the world this weekend.” 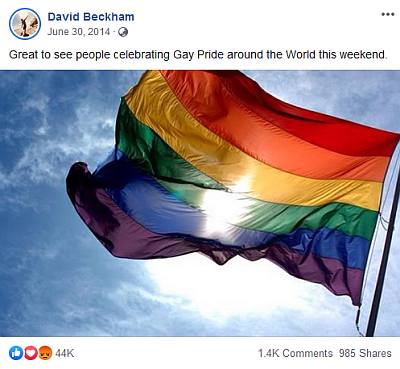 Now 44 years old, the man himself is aging like fine wine. He has not given up his metrosexual ways (although metrosexual may be a passe word these days) and continues to be one of the most recognizable men in the world. He’s still rocking his suit. 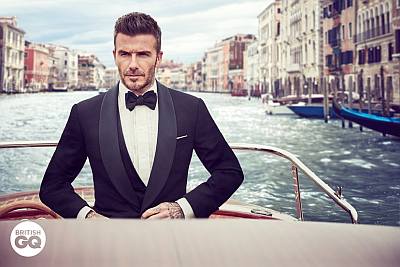 And he remains a fixture on the cover page of influential magazines like GQ: 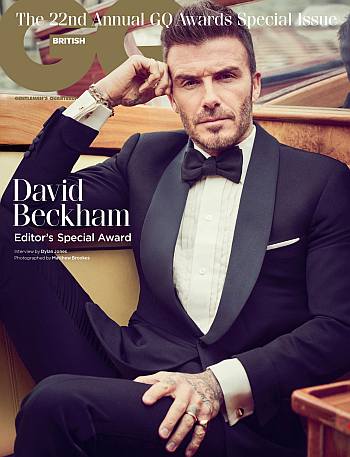 We don’t think he’ll ever lose his good looks which means that, a decade from now when he is in his 50s, he’d have rightfully earned the right to be included in our Hot Zaddy list. Hehe. 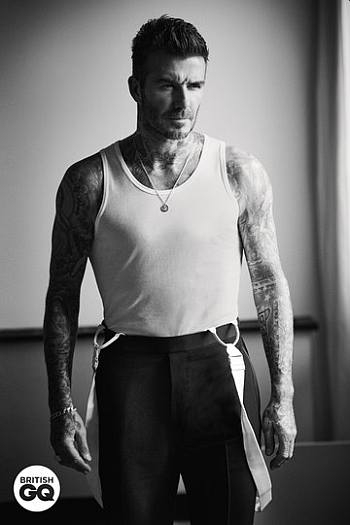 …..
Is David Beckham Gay or Straight? (2 May 2009). Duh! What kind of question is that? Isn’t he married to Victoria? He is as straight as they come. The word you are looking for to describe the British football star is not gay but metrosexual which, if you’re not familiar with the word, is defined by the folks at Urban Dictionary as “a man with a woman’s vanity”. We don’t know if he is vain but he does have a fancy hairstyle.

The same dictionary also describes a metrosexual man as a “modern enlightened, sort of rennasance man. Secure and confident, capable and cool, typically well educated and stylish. Heterosexual with a twist, not gay by any means, but he probally has a few gay friends, and can easily be mistaken for gay by rednecks and jock types. The only straight guy in a fabric store or antique shop who is not being dragged there by a woman.”

You know what’s keeping the gay Beckham talks alive? Obviously, it’s these interesting photos of him coming from the football pitch. 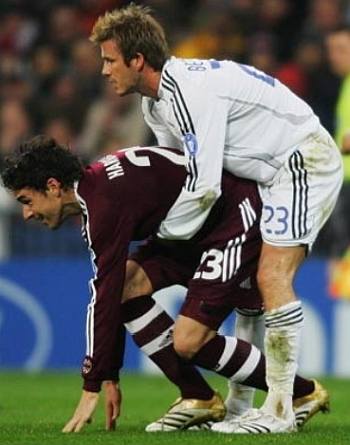 Bum slappin among teammates is pretty common in the world of sports but the photo below is more of a-touchin’ rather than a-slappin’. Bum slapping, of course, is just boys being boys but bum touchin’ is kinda gay. 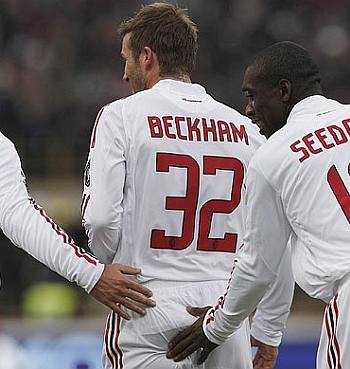 Our Becks tends to be get kissy-kissy (either as the giver or the receiver of affection) on the pitch which some people interpret as bein’ ghey! 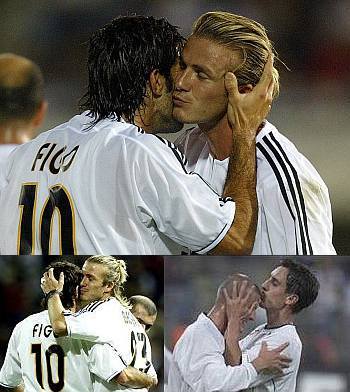 He likes to ride his teammates too. 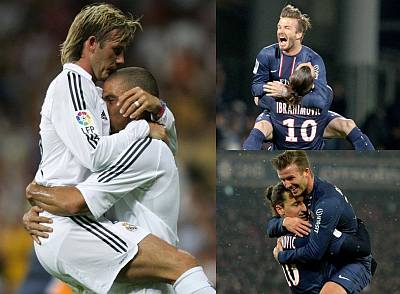 For his part, the football star is fueling the rumors that he is a friend of Dorothy by posing in photos like this one: 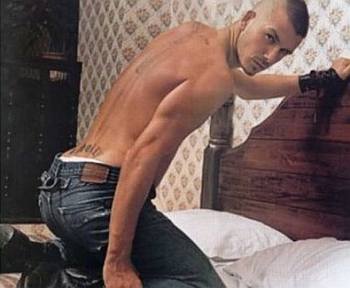