David Atherton Boyfriend Nik Sariyski. The greatest reality show on earth aka the Great British Bake Off has crowned itself a new winner in the person of international health advisor David Atherton. It’s a surprise win for the 36 year old baker considering that he is considered the underdog going into the final round. 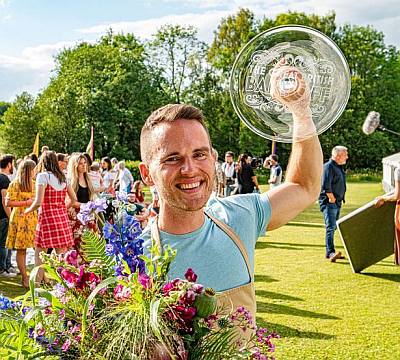 Unlike the Interior Design Masters though, his victory is no robbery and the runner-up Alice Fevronia states that David won fair and square.

Here’s what David says about his win: “Honestly it was never in my mind that I thought I could win this. It feels so good! It’s been weeks and weeks of intensity and fatigue and then to finish it with this – I saved the best til last, and it’s the best feeling in the world. Week on week other people were stronger, I was always the underdog and yet I just managed to get through. All of it is a bit surreal, and I am still trying to process it, but the whole Bake Off journey is non-stop and part of it is just having the stamina.”

For those of you wondering, David has got himself a boyfriend in the person of Nik Sariyski. Here’s a photo of the lovebirds enjoying a snack together. 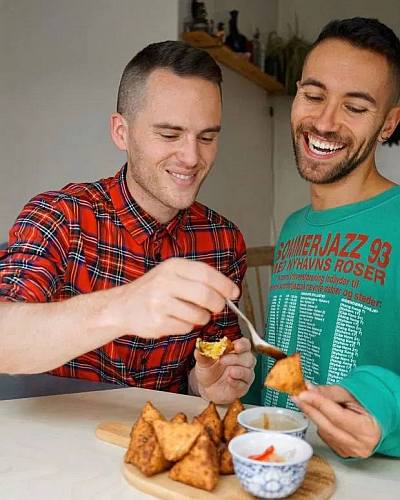 The Scottish Sun has more info on David’s beau: “Little is known about Nik as he’s not in the public eye, however based on his LinkedIn account he attended the University of St.Andrews and is now a visual merchandising manager at Nike. He’s also a talented linguist, counting four languages within his repertoire – including Bulgarian, English, German and Spanish. And judging by his Instagram account he’s a keen traveller. The couple visited Florence in Italy in September and also visited India earlier this year.”

Another photo of Nik and David which we grabbed from the lovebird’s Instagram accounts (follow Nik @nsariyski and David @nomadbakerdavid): 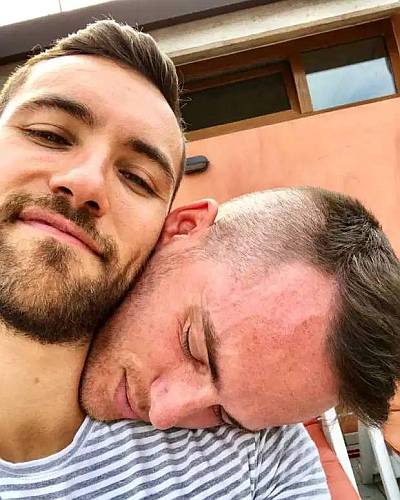 Lucky boys, these two! It was revealed during the finale that they are now living together. Are we hearing wedding bells in the near future? We sure hope so!

So what’s David’s plan after his GBBO victory? Apparently, he intends to continue with his career as a health advisor but he might write a cookbook in the future. Says David: “I want to continue my role as a health adviser working with various charities all over the world, it’s a big and important part of my life. I love researching recipes and writing them up.”