Celebrity Pinstripe Suits: Five Famous Men in Pinstripes. Irish superstar Pierce Brosnan is looking awesome in his pinstripe suit. But then again, doesn’t he look awesome in anything he wears? [He looks awesome too even if he’s not wearing anything – Deena]. 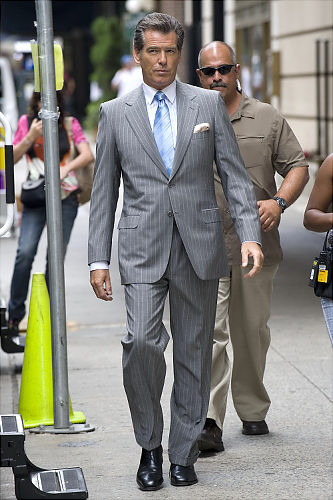 Pinstripe Suit for Men: Mark Wahlberg in Blue Pinstripe Suit (08 January 2010). We’ve seen him in his white briefs underwear. We also saw him in his boxer shorts for his movie, The Fighter. How here’s Hollywood hunky Daddy Wark Wahlberg looking dapper in his blue pinstripe suit. Those forehead wrinkles remind us that Mark is “maturing” but he is growing old oh-so-gracefully. He is going to be a very shaggable daddy. 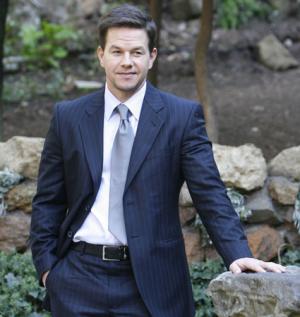 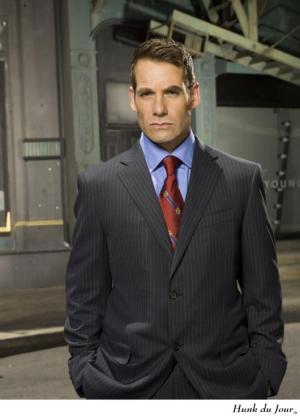 Famous Guy in Pinstripe Suit and Tie: Aaron Eckhart, Actor (02 June 2010). For fans of Aaron Eckhart who, at 42 years old, is looking good in his pinstripe suit and is shaggable as ever. Here’s our hunk with Eva Mendes during the Independent Spirit Awards from two years ago. 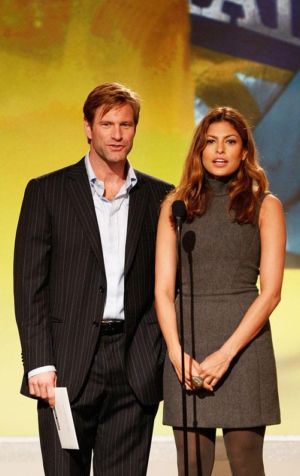 Watch out for Aaron’s upcoming movies particularly The Rum Diary with Johnny Depp as well as Rabbit Hole with Nicole Kidman. 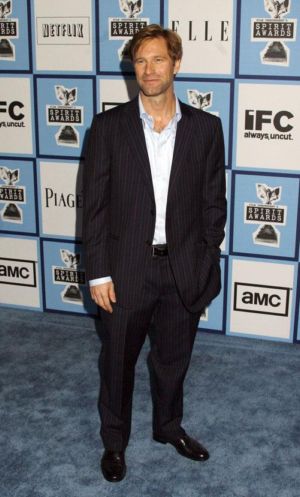 Look Good in Pinstripe: Anthony Hopkins Fashion Style (01 February 2011). Look who’s rocking his pinstripe suit? It’s one of our favorite actors ever, Academy Award-winning actor Anthony Hopkins. He is seen here during the Los Angeles premiere of his newest movie, The Rite, at the Grauman’s Chinese Theatre. 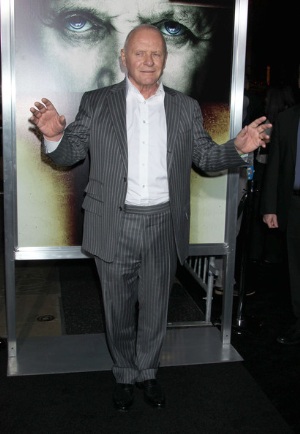 Is there a budding May-December bromance between Mr. Hopkins and co-star Colin O’Donoghue? We love, love, love how they seem to be joined at the hip. Hehe. 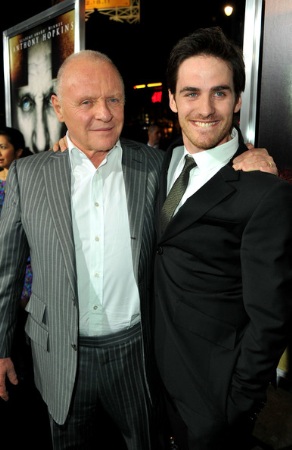 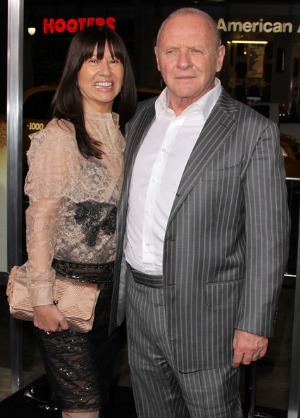