White Suits for Men: Dr. Rey, Celebrity Doctor. Guess who’s all dressed in white? Why its the man behind the Dr Rey Shapewear himself, Brazilian plastic surgeon Dr. Robert Rey. Is he wearing a suit? Or are these separates that all just happened to be colored white? 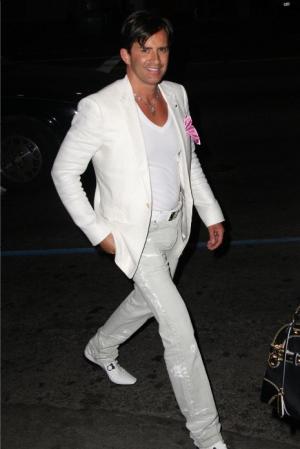 Anyhoo, what do you think of the good doctor’s outfit? Well, here’s what the netizens of the world are saying about his all-white ensemble.

Says one commenter at janetcharlton.com: “He must not own a mirror. Any guy who willfully goes out in public dressed like this is a fruit.”

Adds another: “He’s married with two kids people! He’s just always dressed a bit flamboyant and flashy, Beverly Hills-ish! His wife is VERY VERY thin and look like she’s starving to death. On their show he doesn’t spend much time with his family and his wife is always unhappy about it which is probably why she is so thin, trying to get his attention. She looks rediculous that thin, with big fake bubble tits too, and a skelator face.”

So there. Don’t you just love commentariat democracy? Anyhoo, we kinda think that the doctor kinda looks like a gawky Paris Hilton parading down the runway in his long thinnish legs.

Want some men in white jeans?

White Suits For Men: Male Celebrity Fashion Style Update. Here are some more famous celebrities who were spotted in all white suits for men. Who among them is rocking the look? Brad Pitt, his buddy George Clooney, or up-and-comer Justin Bieber? 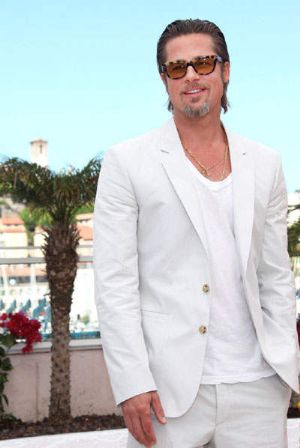 Not to be outdone, Brad’s BFF George Clooney got himself a white suit too. 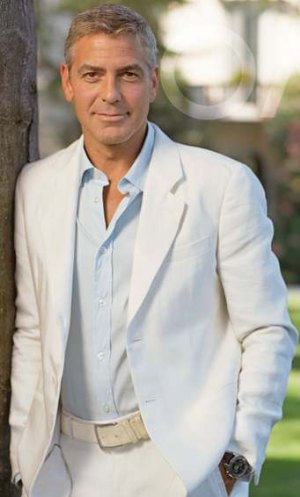 Of course it ain’t only oldies like Brad and George who look cool in all-white. Young ones like that boy named Bieber rock it too. Here’s Justin Bieber at the Grammy Awards. 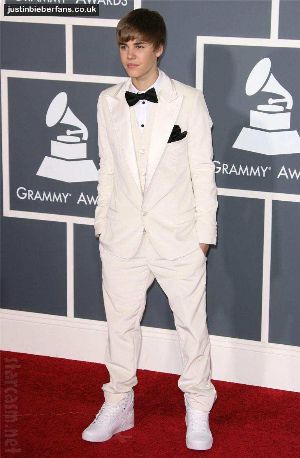 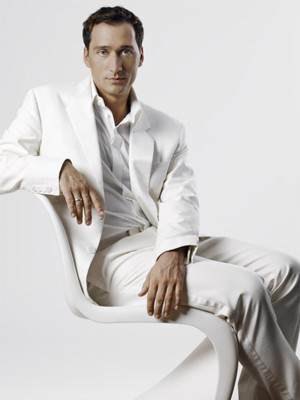 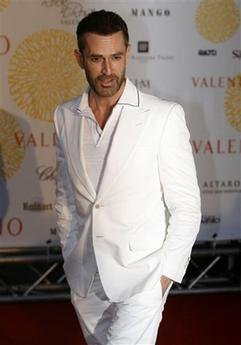 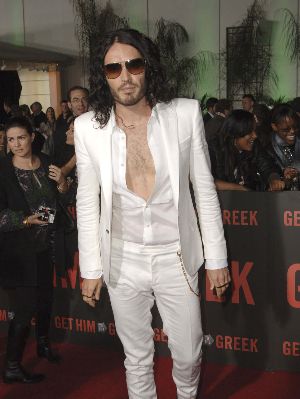 So should you buy yourself a white suit? And should you wear one? Well, it would be a cool addition to anyone’s wardrobe.

Here’s what Anna Zegna, the image director at Ermenegildo Zegna says about when it’s best to wear your white suit (via Details Magazine): “A white suit is perfect for summertime because it’s light and fresh but elegant as well. It’s also very easy to play with: For business you can wear it with a tie, while on the weekend you can create a more casual look with just a polo.”