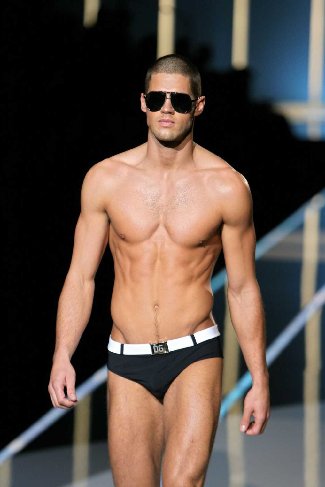 Why him, you ask? Well, first of all, he rocks any underwear he wears on the runway. Secondly, the dude’s shown a longevity and durability in a business very much known for aegism and chucking the old ones for the newbies. As you will note in our previous posts below, we first blogged about him in June 2008 which is 11 years ago and he’s still up and about walking the runways and posing for magazines as he does in the photo below for Men’s Health Croatia. 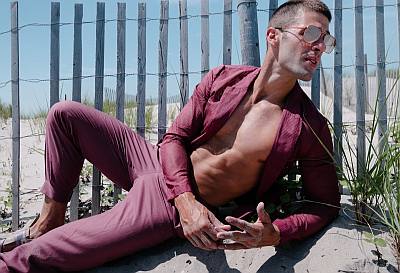 Anyhoo, to pay homage to Chad’s everlasting career as a male model, let’s check out some of his underwear modeling gigs, shall we? First, here’s our guy modeling for Atlantic: 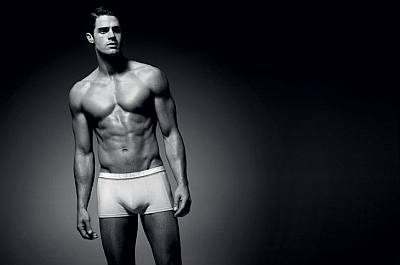 He sure looks good in Tommy Hilfiger: 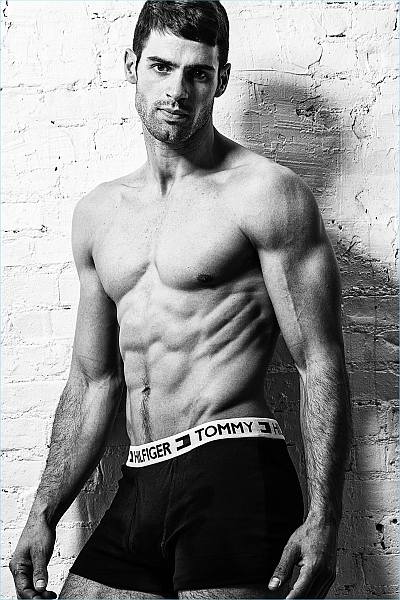 Of course you can work out in your Hugo Boss boxer briefs: 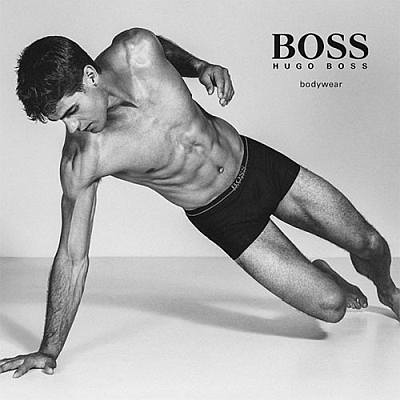 Finally, here’s the best male underwear model of them all looking cute in his H&M boxer shorts. 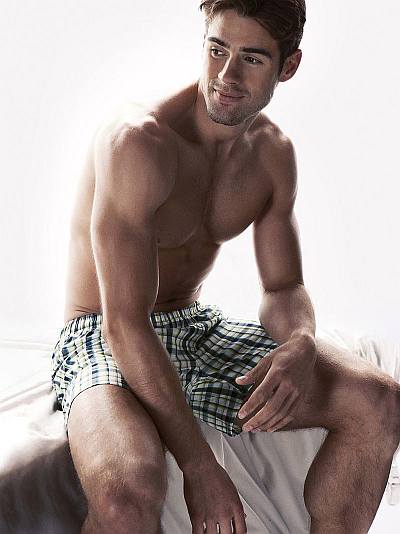 Chad White’s Squarecut Undies (5 February 2010). Male supermodel Chad White (who we last saw in his awesome camouflage boxer briefs) rides a horse in his squarecut underwear (or maybe that’s a short shorts?). This must be what our friend Deena says is the awesome “total unity and oneness of man and horse”? Or something like that. It kind of reminds us of footballer Tom Brady hugging his goat. 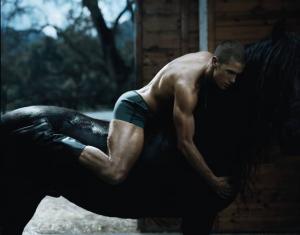 Clearly, Tom and Chad love them their animals, no? If the sometimes overzealous PETA animal rights activists want a “face” that appeals to the crowd, maybe they should hire Tom and Chad to be their celebrity spokesperson or something.

Oops, why are we talking about PETA when all we really care about is Chad White and his underwear. Haha. If you want more underwear photos of our Chad, check out our earlier post about this sexy American model jock below.

OMG: It’s Chad White in His Underwear (11 June 2008). Sure Chad White is gorgeous and all but we hope that the next time he does a photo-shoot, he will ditch this “lying in the beach” pose because it can get boring. 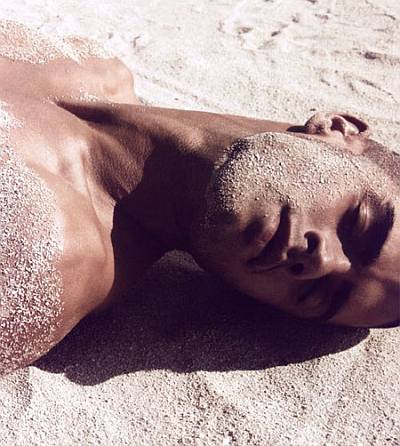