Best Mens Underwear in the World. What is the best mens underwear in the world? Well, if you ask our colleague Kevin, nothing beats his Calvin Kleins. Someone gifted him a box of CKs two years ago and he can’t stop talking about how good they are, how silky smooth and comfortable they feel, and how he now buys nothing but Calvin Klein underwear.

Because he is just a sample of one, we raise our eyebrows every time Kevin describes his CKs as the best men’s underwear in the world but he ain’t actually the only one who’s giving the brand a thumbs up.

The venerable publication that is GQ Magazine listed Calvin Kleins as the “best all-around underwear”. Here’s what it says: “The best underwear that covers all the bases we just listed above? It still comes from the brand that changed the men’s underwear game in the first place: Calvin Klein. The American designer’s foray into men’s undergarments turned them from something guys had to wear to something they wanted to wear (and okay, yes, still had to) and maybe even wanted to show off.” 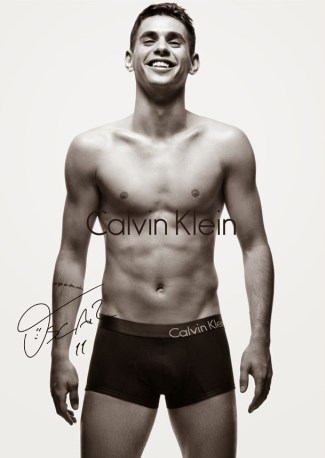 CK undies are also included on the best lists of The Strategist on NY Magazine. Specifically the Calvin Klein Steel Micro Low-Rise Trunk is labeled as the best low-rise trunks for men while the Calvin Klein Men’s Body Modal Boxer Briefs grabbed the “best modal boxer briefs for men” title.

Incidentally, the CK modal boxer briefs is also ranked number one by the folks at faveable.com in their listing of the Best Mens Underwear on The Planet. Here’s what they say about it: “A contour pouch enhances your profile (translation: it makes your package look bigger). Ultra-soft fabric stretches to hug your body comfortably. Oh, and several men say their significant others think their butts look nice in this underwear.”

Now, we gotta say though that all these “best” rankings are really subjective and are sometimes based on nebulous qualities that are hard to pin down. One man’s top choice may not figure in the list of others. For instance, we can’t find CK on the best list made by the folks at Business Insider who picked Saxx Underwear as the “best underwear overall”. This of course gives us the excuse to bring you back this photo of professional basketball player Kevin Love lounging in his Saxx boxer briefs. 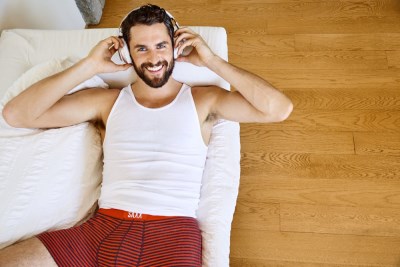 Want another one? Of course you do. And since your wish is our command, here you go! 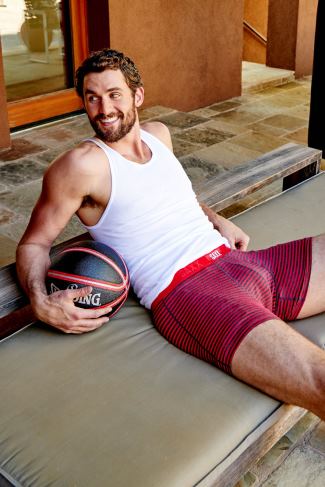