Ant and Dec Gay Lovers? Today in men wearing women’s underwear, we bring you the lovable British duo that is Ant and Dec. Apparently these two are fans of women’s lingerie and stuff and are not shy about wearing them? For instance, here’s our Anthony McPartlin rocking a lingerie dress. Naturally, his pal Declan Donnelly is there to share the experience. 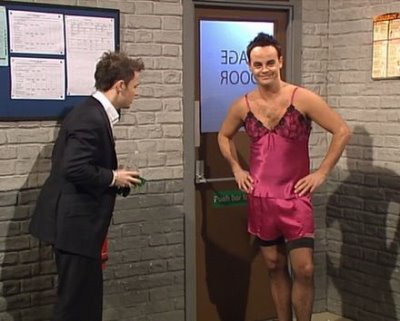 Declan, likewise, is no stranger to the experience of wearing women’s silky smooth innerwear. 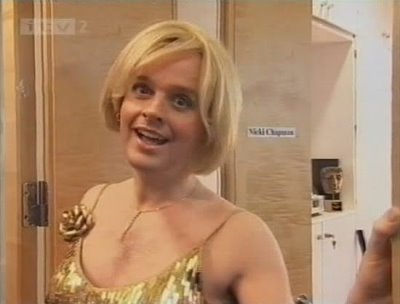 So do these crossdressing photos prove the Ant and Dec gay rumors? Nah, if it is proof of anything, it’s that they simply love to wear women’s outfits.

For the record, we believe that Ant and Dec are not gay because they themselves said so. From celebsnow.co.uk:

Anthony McPartlin and Declan Donnelly have had to make clear the nature of ther friendship to American audiences. The cheesy duo sparked speculation about their sexuality when they launched new TV show Wanna Bet in the States.

But Ant and Dec, 32, set the record straight during an interview on ABC’s Jimmy Kimmel Live show. ‘We’re not together like that,’ Ant explains putting an arm around Dec. ‘We’re together like this,’ he says, shaking Dec’s hand.

Still, it is a great thing the funny boys don’t just shake hands with each other. In fact, they’ve given us tons of images to keep the Ant and Dec gay rumors churning. You know, like these pics where the two share beds and sleep together. And they’re okay with threesomes too. 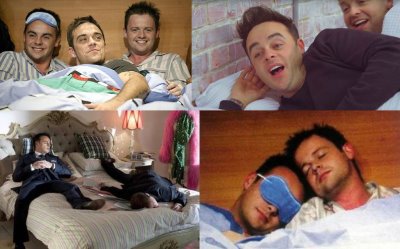 Ant and Dec kissin’ as buddies. 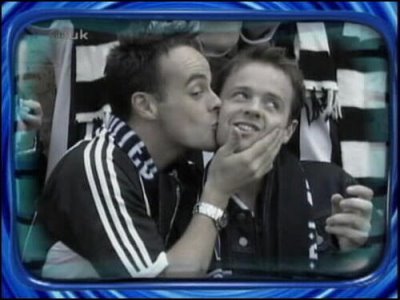 Our boys re-enact one of the most iconic movie scenes ever. 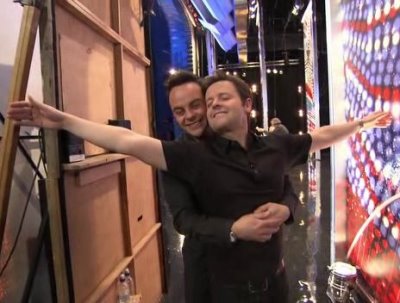 The next pic below is probably our favorite Ant and Dec gay proof. Hehe. 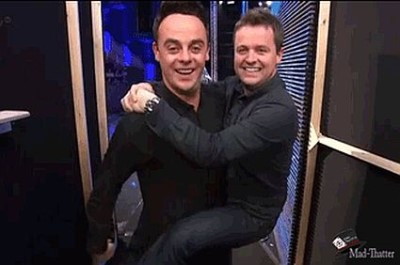 Let us end this post with this photo of our British boys wearing the same underwear. If this ain’t gay, we don’t know what is. 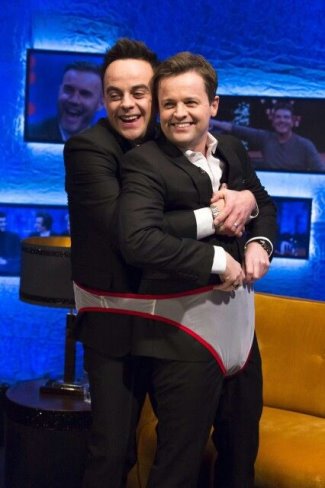