An Enemy Leather Jacket: Jake Gyllenhaal in Belstaff? Let’s have more Jake Gyllenhaal fashion style and this time, let’s check out his leather jacket in An Enemy, a mystery-thriller he recently shot in Toronto the Good. The film, which also stars Mélanie Laurent and Isabella Rossellini, is slated to be released sometime in 2013 and is currently in post-production according to IMDB. 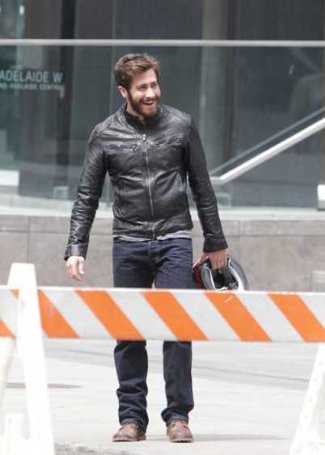 Our Jake continues to be pretty busy, isn’t he? Yay for him. We went to watch his latest movie End of Watch and we must say that he deserves an acting award and an Oscar nomination. As we noted in an earlier post (Michael Pena: Shirtless Hot Guy in LAPD Uniform) his partnership with Michal Pena is phenomenal and it makes you think that Jake and Michael are buddies in real life and maybe they are.

Anyhoo, here are more photos of Jake, as an absent-minded professor, wearing a fabulous black leather jacket. Oh wait, maybe this is not Jake as the professor character but Jake the look-alike character. Hah. We look forward to watching this movie when it comes out so we’ll know who is who. 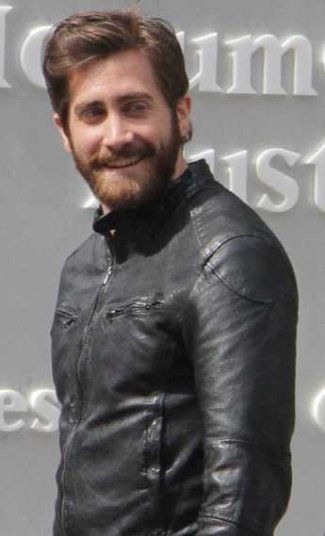 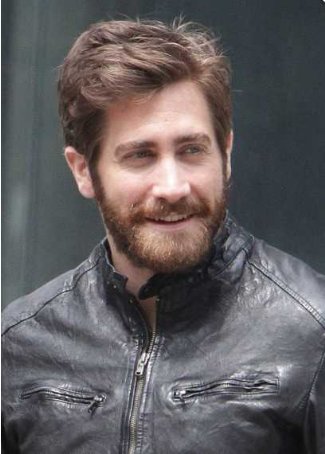 Did he really take the TTC street car to work? His movie character certainly does but, according to Toronto Life, the real Jake also used the TTC to get around Toronto. [Note for non-Torontonians: TTC stands for the Toronto Transit Commission which runs the public transport system in Toronto the Good. It’s pretty efficient, we must say.] 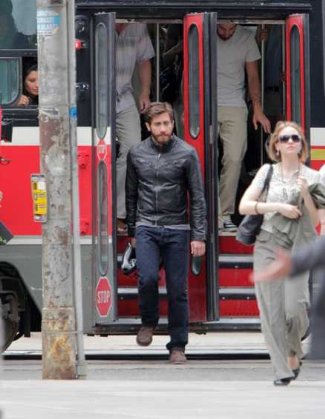 Our Jake’s contribution to the “Sad Keanu” meme. 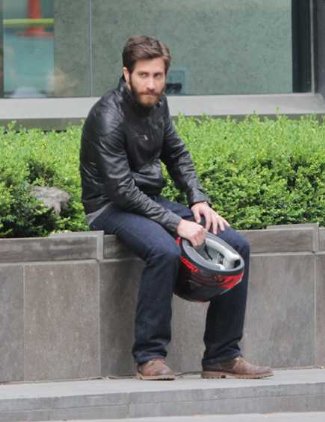 So what brand of leather jacket is wearing in these photos? We are not sure yet but if we have to hazard a guess, we’re gonna say that it is Belstaff as it resembles a Belstaff jacket we blogged about in the past. We will update this post once we have a definitive ID on Jake’s leather jacket.